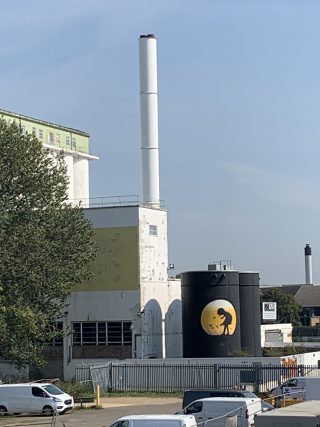 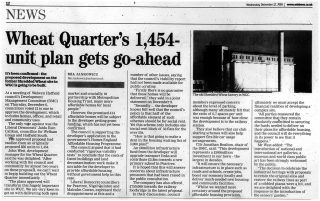 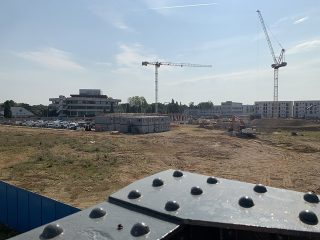 Building works on the site of the former Shredded Wheat factory, 2020
Paul Hilary 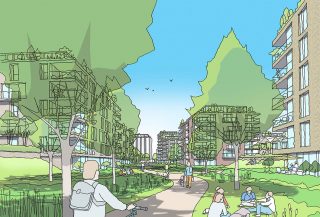 An early illustation for the re-development of the former Shredded Wheat site, 2017
Architecture/Design by EPR Architects. Illustration copyright Richard Hutchinson, 2017 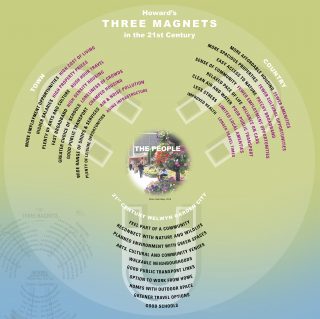 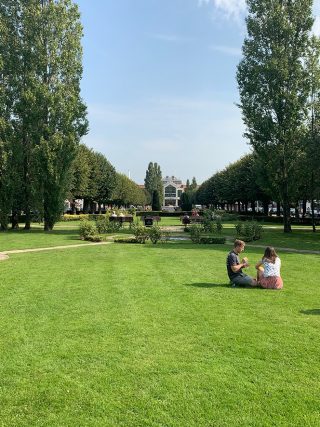 From Parkway to the Howard Centre
Paul Hillary 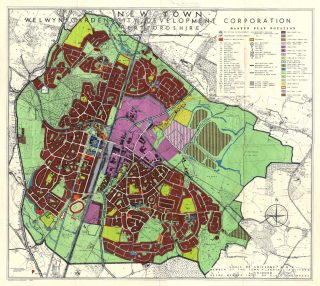 Today millions of people across the UK are living in homes that are unaffordable, insecure or unsuitable. There is increasing pressure from central government to build new homes and Welwyn Garden City will play its part.  The local council say they will balance this against the preservation of the town’s ‘historical significance and unique heritage as a garden city and Mark One New Town.’

The Local Plan sets out developments which, along with homes, will bring new jobs and business premises, open spaces and community facilities and infrastructure such as roads, schools and healthcare.   Here are a few of the major changes coming soon:

A new community based on garden city principles will bring 2550 new homes to the southeast of the town, of which 1200 will be in Welwyn Hatfield and 1350 will be in East Herts.

On the site of the former Shredded Wheat factory, over 1000 new homes, leisure and community facilities are planned. For many, the site is bound up with the essence of the garden city and those who champion the town’s heritage have ensured the restoration of the production buildings.

There are plans to build over 400 homes, new retail and leisure facilities in the area around the Campus. There will be improvements to local roads, plus new pedestrian and cycle routes to encourage green travel.  The project is the first to secure investment from the Homes England Accelerated Construction Fund.

While there are concerns in some quarters about these developments, many young people are keen to see the improvements. Everyone agrees however that the green spaces are vital and should not be compromised.  Young people like the way garden cities free people from London and give them space and other ways to live, but when asked to define their own ideal place to live, they often describe an ocean city – a small town beside the sea with a strong sense of community and plenty going on, varied housing, lots of places to meet with friends, a place where wildlife flourishes. Many of these points are shared with Welwyn Garden City, except of course the ocean!

What can Garden Cities Offer the 21st Century?

If Ebenezer Howard returned today, he would recognize so many of our current issues, such as overcrowded, polluted cities, marked social, economic and health inequalities. It is understandable then that many countries around the world keep returning to garden city principles to seek solutions.  It’s clear from the UK government’s support for 17 new garden settlements that garden city ethos is still alive and still relevant.  These garden settlements – Howard’s legacy – will play their part in responding to not only to the need to deliver thousands of new homes, but will also allow people to reconnect with nature and feel part of a community, enjoying clean air, green spaces, good public transport and ready access to the countryside.

Where to find out more


You can explore the history of the town at Hertfordshire Archives & Local Studies. There’s also lots to discover at Welwyn Hatfield Museum Service and in the local studies section of Welwyn Garden City Library.  And finally, you can also share your memories, photos and comments on this exhibition via the community archive website, ourwelwyngardencity.org.uk