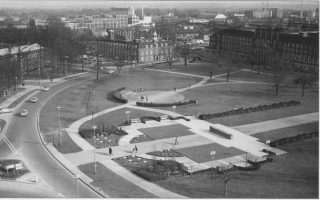 The Campus with Welwyn Stores to the right - 1972. 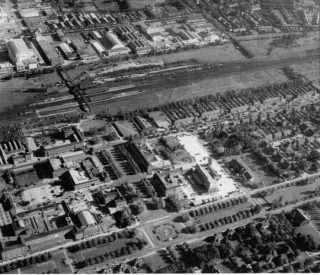 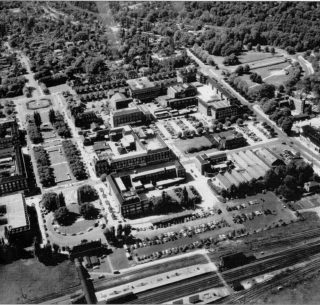 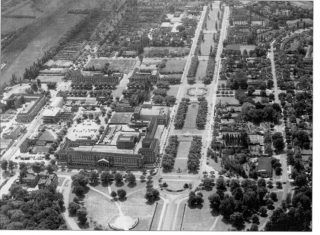 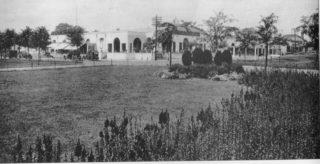 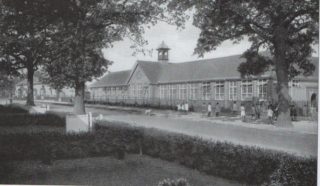 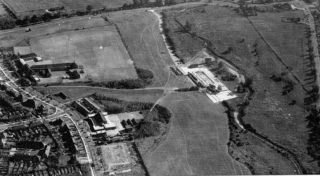 1959 - near the top left hand corner is what is now Stanborough School, and the old Garden City Grammar School where I was for 5 years. Amongst the trees and grassland is the swimming pool. 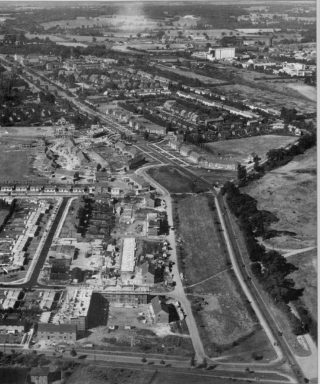 30.6.1952 - This is Stanborough Road and Stanborough Lane, plus Parkway extending to the left hand corner with the Grammar School slightly showing in the bottom left. I used to cycle this way after school to see my mum at Welwyn Department Stores up Parkway, admiring the quite rich looking semi-detached houses.

July 1956 - the Royal Exchange Assurances offices on Bridge Road where Mum worked for a year. 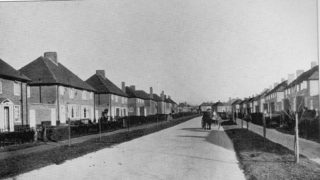 Here are a few photos from my parents’ photo albums of the 1960s and 1970s – I don’t know they had a photo of the old Welwyn Stores but there we go!

A lot of them is how I remember the old Garden City, especially the old train station where I used to get on a train to Stevenage then to Hertford. I worked at Welwyn Department for 6 years (1961 to 1967) and I certainly remember it!

I find it miraculous they’ve survived so well, so just a few more memories for you all to ponder over. Happy browsing 🙂