You are here: Home>History of Welwyn Garden City>Where Do You Think We Worked?>From Beiersdorf to Herts Pharmaceuticals

From Beiersdorf to Herts Pharmaceuticals

Kit worked for this company undertaking a variety of jobs. 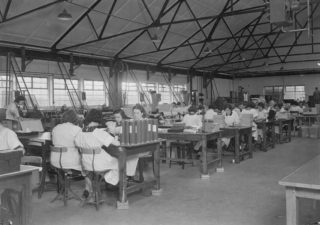 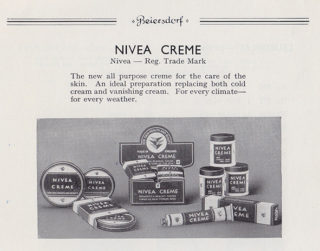 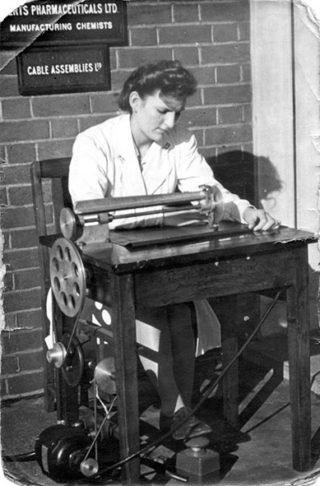 Beiersdorf UK began trading from offices in London importing products from Hamburg. Needing a UK production base manager Franz Adolf Meyer began searching for new premises – he found a suitable location in WGC. Welwyn Garden City Limited built a 13,000 sq ft factory for the company and in 1932 Beiersdorf Ltd moved into 15 Bessemer Road. Facilities included offices plus a factory for manufacturing ‘Nivea’ products, and other toiletries and plasters.

Ena worked for the company, in the office, and recalled “Mr Meyer was a huge red-haired German, a jovial gentleman who expected and received a high standard of effort from all his employees. He could roar when surprised or displeased, but his bark was worse than his bite. He had a very kind, understanding heart. His secretary was Miss Taylor. I remember the names of several others working there: Mr Moore, two Mr Martins (brothers), Mrs Hughes, Mr Dablestein, Mr Wardlaw, Mr Morgan and Miss Ritchie.

Mr Meyer did not want to return to Germany at the out break of war, as some of the other Germans did, and was interned on the Isle of Man, I think as an ‘enemy alien’, though, as a Jew, he would have been imprisoned and probably killed if he had returned to Germany. I remember writing to him several times during the war.”

Ena also recalled that, as a perk, the female staff were given a pot of Nivea Creme each month.

In 1940 Beiersdorf Ltd changed its name to Herts Pharmaceuticals Ltd. Despite the hostile mood in many countries against Germany, the renamed company, still German owned, continued manufacturing. After the war the then managing director Frank Moore seemingly broke a promise to Meyer that he could return to the company. Moore remained managing director until 1956. Soon after the end of WWII the company made a breakthrough with a new drug called PAS, then the only oral treatment for TB.

Kit L worked “in the labs doing the first process of milk injections. There were eight of us and the milk had to be separated and then it had to be put into incubators for six weeks, and if there was any trace of cream on them they had to be thrown away. The first process was the separating of the milk, the second process was the ampoules, and we had to seal the tops of those and take the tops off with two little flames, you know, then it went into the incubators and then there was the packing”. Later she worked on the little ampoules of drugs “weighing them with a pair of tweezers, 5mg, and putting the tops on and putting them into little boxes, each one separately… Then we had to very carefully cellophane-wrap everything, you know. I quite enjoyed it. There were six of us there, doing these jobs”.

Kit also worked on Elastoplast “in the first process of making the gum… in the spreading shops, where they put this sticky stuff on material and then my job was on the machine where you had to feed all the bits through the pressure foot, and guide it, and big rolls of Elastoplast, which the girls then cut up into strips and packed on the packing floor”. “I had my own machine with the tapes and then we had a new machine come in.” The factory closed for the holidays but Kit wasn’t off until a week later so she was told “oh well, you can work on, on your own. We’ve got a new machine, come in.” This turned out to be a heat-sealing machine. “They gave me all the plastic and everything, and cut out things and I made tobacco pouches and sealed them, and little shaped dishes and things like that. I just designed bits and pieces, to show how the machine worked and I worked for the week, messing around, on my own!”

The above information and interviews were gathered by the Welwyn Garden City Heritage Trust during it’s ‘Where Do You Think We Worked?’ project.