You are here: Home>History of Welwyn Garden City>Where Do You Think You Live?>A difficult journey to WGC in 1939

A difficult journey to WGC in 1939

From Leipzig with help from WGC Quakers

A difficult journey undertaken from Leipzig to WGC in 1939 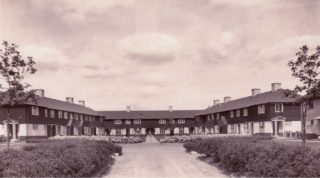 By The Mount housing 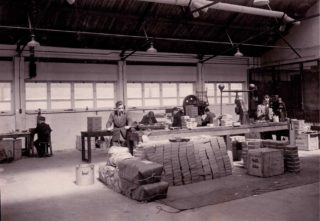 This memory was donated to the Welwyn Garden Heritage Trust by Sam O. His parents came from Poland originally but they had settled in Leipzig Saxony Germany by the time Sam and his twin brother were born in September 1917. He had two older brothers (also twins).

By 1933 Hitler was in power so… “In the years from 1933 you can well imagine everybody tried to get out. My twin brother and one of the older brothers managed to get visas and permits to go to Palestine, that was what it was called in those days, and that was not an easy job –  very, very difficult… and they went to Palestine leaving my mother, my older brother and myself back in Leipzig.”

In the audio clip Sam relates the difficult journey he undertook to leave Germany and come to live in Welwyn Garden City thanks to WGC Quakers who offered help to a group of Jewish young people who were due to be sent to concentration camps.

On arriving at Welwyn Garden City Sam stayed at the hostel in Applecroft Road then went on to live in various lodgings as he had to leave the hostel by the end of the year. “I first lived in By The Mount just over the Twentieth Mile Bridge – marvellous lodgings – I also lived in Beechfield Road and for a very short while in Knella Road.” He worked at Digswell Nursery then Van Leer’s General Stampers factory in Bridge Road East.

“At the factory I got to know my future wife Pat and while we courting so to speak she came from Norfolk. It is worthwhile mentioning that all women as you know had to do War work or go into the Forces and the Norfolk contingent had to do War work and had to come to WGC and Hatfield and all round here – there are still quite a few Norfolk girls living in the Garden City – anyhow I was courting her for not very long about 8 years and I hasten to add we did not live together – we did not cohabit – I don’t think her parents would have allowed it.”