You are here: Home>History of Welwyn Garden City>Where Do You Think You Live?>An operation at the Cottage Hospital

An operation at the Cottage Hospital 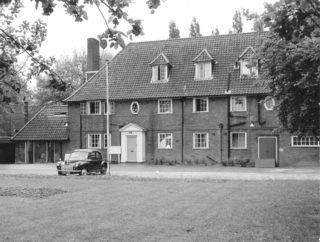 The Welwyn Garden Heritage Trust recorded Tony’s early memories of Welwyn Garden City on September 2009. The extract below and the audio clip describing the result of an operation at the Cottage Hospital were taken from that interview.

He arrived in 1922 aged five and went to Handside School “I think almost as soon as it opened in 1924 and then in 1925 I was sent to boarding school at St George’s in Harpenden and I was there for ten years until 1935”. His memories of the comparatively short time he attended Handside included “I can remember coming home one day from school somewhat battered with a bit of blood stains here and there and, if memory serves me right, I had been having a bit of a dust-up with the butcher’s son. I don’t know how I remember this but anyhow that’s who it was I think. My mother was not at all pleased and then, of course, shortly after I was sent away to boarding school and whether that was any connection between the two events I don’t know.”

Tony’s parents went to the Cherry Tree Restaurant – “Well that was the social place for my parents. We went there for a casual Saturday lunchtime. “Now you stay out there children” and father and mother went inside and disappeared and you were lucky if you got an orange juice and biscuit. “Stay there and behave yourself” on the timber staging in front of it and I have since remembered it was the only place that they could get an alcoholic drink. And they used to go to New Year’s Dances because one of the greatest friends of my mother was Phyllis Kittley who ran a dance school in the Garden City and she, I am sure, used to organise it and in the winter time she went to a schloss in Switzerland and did their hostessing for Christmas and I have got a photograph somewhere in the album, if I can find it, of her in the top hat and stick and cane and the big buckle shoes all in black and white.”