A minister for Christchurch 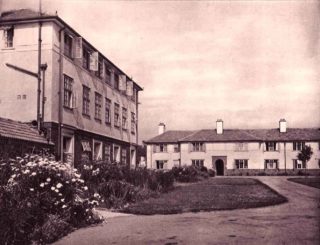 Guessens Court. A private hotel and group of flats. 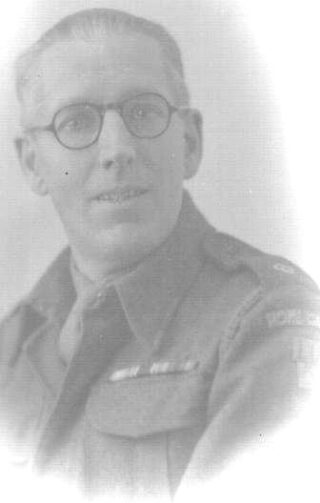 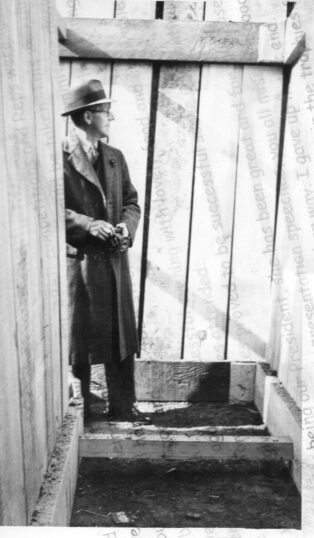 George Weaver in the trenches who lived at 4 Guessens Court

The excerpts below and the audio clip are from a longer interview with Nora recorded by the Welwyn Garden Heritage Trust in May 2011 as part of the Where Do You Think You Live? project.

Nora and her husband Kenneth came to WGC in 1947 when he was called to be minister of Christchurch Baptist in Parkway. The Baptist church didn’t have a Manse in which to house a minister but Nora and Kenneth found somebody who worked for British Glues, which was moving back to London, with “a tiny flat in Guessens Court and we had a nice flat in Queens Gate Terrace in London because we had moved into London when everybody was moving out during the War. So we exchanged and so my husband was able to begin his ministry in September and we had nearly two years – my husband, myself and our two little boys – in Guessens Court in a three room flat with a galley kitchen and bathroom and then we moved to Handside Lane.”

“We didn’t know at the time but apparently a lot of the residents in Guessens Court didn’t appreciate having children on the premises but we had asked permission from the Garden City Company, of course, because it was their property, to move in but in those days the main building was a hotel, of course, and it was very convenient if we had visitors coming as we did. We had a refugee who had been in a German concentration camp who was a Latvian and he came out to stay with us and we could put him up in the hotel for a few days and of course it had a nice green – grass – in the middle and in those days nobody had cars. There were no cars and it was very quiet. We all had bicycles of course.”

Nora’s two boys started school and, in the audio clip, she describes how dinners were provided for school children.

“One thing I have just remembered is the Council of Christian Congregations. WGC is fairly unique in that in the Churches got together. This was before there was a British Council of Churches or World Council of Churches. In 1933 they had a meeting of the churches to decide that they would like to co-operate as much as they could together.”

“…they called it a Council of Christian Congregations so as to accommodate the Quakers and the Salvation Army, who wouldn’t call themselves churches – wouldn’t use the word ‘church’ so much, so it became known locally as the CCC. And one of the first things they did together was to provide meals for the Jarrow Marchers who came down to petition Parliament in the 1930s.

There is a history of the Council of Christian Congregations and for the first 25 years Mr Page was the Secretary of it and he wrote some notes on the life of the church in WGC and then the secretary who took over from him was Hamish Jamieson and he served from 1960 to 1980. Sadly the WGC as a whole – perhaps it got too big and they felt that there wasn’t so much purpose in meeting together as a Council. I think the ministers still have a fraternal and meet together but it tends to be the local groups like the Parkway group of churches and the Woodhall group of churches nowadays that seem to do things together”.