You are here: Home>History of Welwyn Garden City>Where Do You Think You Live?>Living in Longcroft Lane

Pram wheels half way up in mud

Places to play around the town. 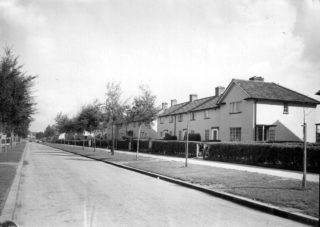 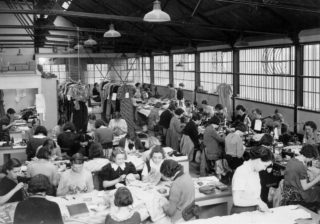 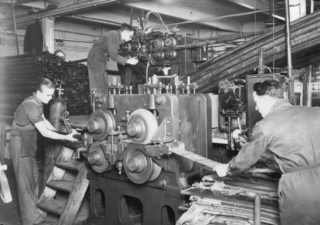 Phyllis recorded her memories of life in WGC for the Welwyn Garden Heritage Trust’s Where Do You Think You Live? project in December 2010. The audio clip describes the play areas that children found for themselves around the town.

“Well we came here in 1925 but my dad came here in about 1921. He was a builder and tiler and he tiled lots of houses in the Garden City including the cinema when I was about 5 but before that High Oaks Road and all up that way. He lived in the builders’ huts on the Campus and he used to come home perhaps once during the week but they stayed overnight in the builders’ campus and the first train that they came home on was a little halt because there was no WGC station at that point and we lived at Barnet in North London at that time.”

“I was about 12 months old when we got a house in Longcroft Lane – No.125 Longcroft Lane – and I can remember my mother saying that when we moved in it was up to their knees in mud. It had been very wet and the road was just a road track way – unmade… …the pram wheels were half way up in mud as well. My brother, who was about 7 then, he said that there used to be a light railway and they were always being told off for hitching a ride on it!”

She remembered “the council houses in Longcroft Lane where we used to live when they were finished – we used to have to go across the fields to the Stores. There was no Parkfields or Parkway. The other end of Longcroft Lane was just open spaces until you got to the Free Church and one or two buildings along there, Guessens Road was another bit. I went to Handside School when I was five until I was 14 – that was the only school that I went to.”

Phyllis was 15 when the War broke out. “I was at Cresta Silks learning to be a dressmaker. From 14 to 15 I was learning to be a dressmaker and then after that we were shuttled off to do War work and I worked at Unity Heating in Broadwater Road and did all sorts of jobs really and ended up being a welder. I was doing seams on tubular heaters and we used to make heaters for all the Army barracks and things like that which they put up so I went from sewing seams to welding seams!”