"We spent most of our lives there." 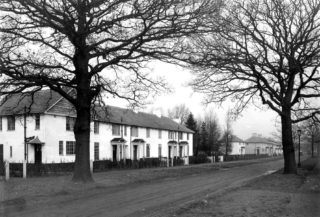 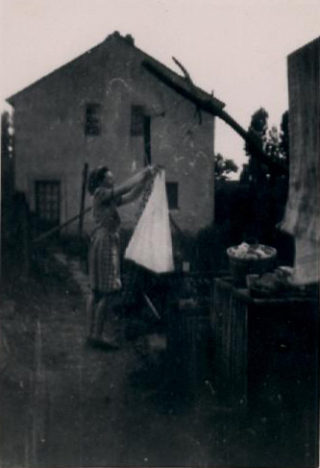 Dora hanging out washing to dry 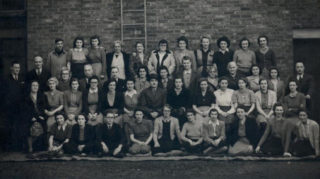 Dora’s memories of WGC were recorded by the Welwyn Garden Heritage Trust in February 2011 as part of the Where Do You Think You Live? project.

Dora thinks she was “about six months old when my parents came from a little place called Datchet and they were farmers out there but my father injured his fingers so he couldn’t milk the cows etc. so they had to move out where there was a bit of industry and they could get a living. So we arrived in Edgars Court to start with and then when I was three years old we went to Ludwick Way and we stayed there until I was married actually. It was a very damp house, very, very damp. It wasn’t brick walls it was like cement and they ran with water in the winter. I was about three when we went there.”

Dora’s father “was working at what they called the ‘sandpit’ right over the far end of the Garden City. It was just a sort of labouring job but, you know, it was a living. Of course mums didn’t work then. It was all everybody at home so, having three brothers and three sisters, that’s where we grew up in Ludwick Way. It wasn’t until I was 19 and met my husband and we got married and lived in one room in 30 Ludwick Way and my brother got married and he lived in one room so we were pretty packed out for five years. It was really tough. It was after the War and there wasn’t much about but as for the Garden City well they started to build really quite a bit.”

“This was when the Garden City began to change. After the War people were coming in from other places so a lot of the very old cottages we had around about us on the outskirts, they were thatched roof cottages, lovely old places, lovely lanes and that, but gradually that all began to disappear. They took the cottages down after many years and started to build houses, etc. People came down from London you know to get work because there was a lot of industry there then – here. There were all sorts of factories.”