Audio recording of leisure in the town 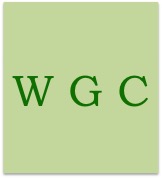 Peter Pearson is laying out his memories of leisure during his youth. Early memories consist of climbing rhododendrons around Longcroft Lane and playing in the woods. Later he was a part of The Dell for two years, acting and dancing in the open air theatre. He participated in sporting events and was briefly in an orchestra ran by Sydney Rumbelow that met in the Cherry Tree ballroom.