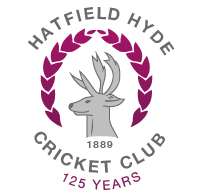 The speaker talks about playing in the Hatfield Hyde cricket club, which was formed in 1889, and his father’s more serious time playing for them. He goes on to talk about his time playing squash, and his friends who were involved in competitive cycling. Today they play on the King George V playing fields in Welwyn Garden City.