Hall Grove, planned and built in 1953/4 is one of several community shopping centres across Welwyn Garden City. Originally planned as the Ludwick Green shops, the complex was designed by Chas. W Fox Architects of 22 Parkway with the final consent for the plans being given by Louis De Siossons. 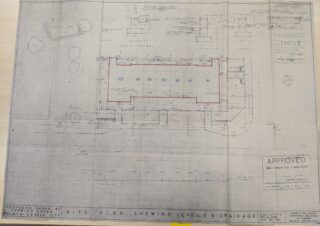 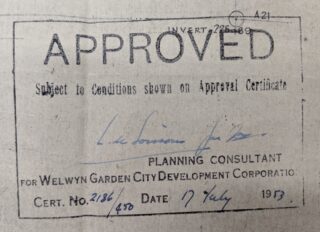 This is the original architects plan as approved by

The original supermarkets that ‘bookended’ the shops where Fine Fare to the left and Co-op to the right. The Co-op still exists in 2021 with the Fine Fare branch closing when the business was taken over by Gateway in the 1980’s. It has subsequently been a branch of Wheels In Motion and a cycle shop.

The shop immediately to the left of the Co-op has always been a newsagent initially a branch of Fourboys and is now a ‘Martins‘ at the time of writing this article.

Many shops have occupied the units in the centre of the parade including John and Kelynack the Chemists who now are located at the Waitrose supermarket in the town centre. Ray Dene, which was a childrens clothes shop & Haberdashers, and a branch of Rediffusion (who ran the piped TV/Radio system in Welwyn Garden City). If you can remember other shops or characters over the years, please comment.

The raised lawns where always quite awkward for the towns gardeners to mow. My grandfather Joe Harte who was a gardener for the New Towns Commission smashed the window of the Co-op on one occasion whilst mowing the lawn which was level with the windows. 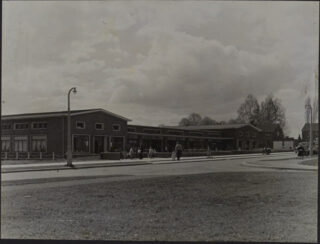 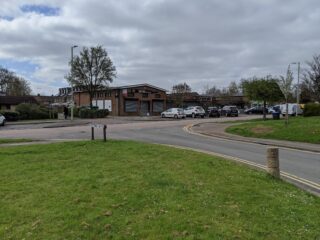 Until the early 1980’s the patch of land to the left of the shops was just a green that contained a spring that formed a shallow pond.  This was incorporated into the Isabel Hospice a pond.  There was also a large Horse Chestnut tree that was felled when the hospice was built on the site. You may also remember the rent office that was attached to the Ludwick Family Centre. I believe this was an old farm house. If you know, please let us know. 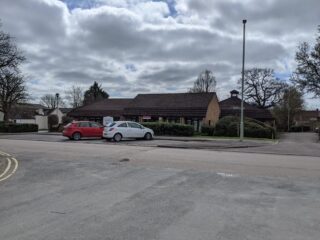 Hall Grove shops were also a site for one of the red and yellow advertising hoardings. Designed by Louis De Soissons, there are now only 2 left in the town centre that have recently been refurbished. It’s also interesting how the trees in the background have changed over the years. 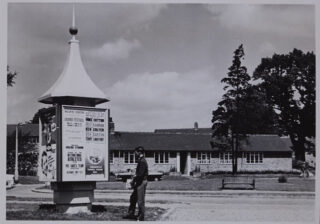 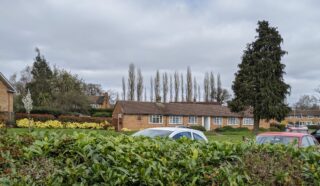 If you have any memories of Hall Grove shops or past photos that you would like to add, please get in contact.