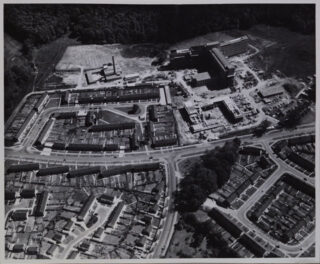 How I started at the QEII. 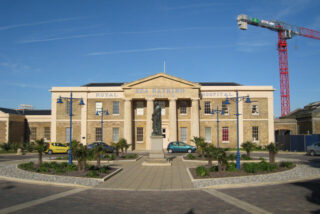 Differences working between the Royal Sea Bathing Hospital and the QEII.

Welwyn Garden City is a good place to live.

This interview between Darren Harte and Marion Cleveland was conducted by telephone due to Covid19 restrictions.

Mrs. Cleveland is a retired nurse who worked in Welwyn Garden City at the QEII when it was still new and later as a district nurse in Welwyn Garden City. In 1963 at the age of 17 Marion started her nursing career in Margate at the Royal Sea Bathing Hospital in orthopaedics. She then continued her general training at the QEII in Welwyn Garden City, she chose the garden city by complete chance by literally putting a pin into a map. The QEII hospital was the first general NHS hospital built after the war, built in 1962 with the first patient admission in August of that year. Her Majesty Queen Elizabeth II came to Welwyn Garden City on June 22, 1963 to officially open the hospital that was named after her. Mrs. Cleveland arrived in 1966 to work as a training nurse and lived on site. She recalls how the hospital was so modern and new that it took some time to get used to the differences from her former work place in Margate. She remembers her time living in the nursing dormitories with curfews and rules for all of the nursing students. She remembers riding her bicycle or taking the bus through Panshanger, which was just country side then, to Tewin to visit the Plume and Feather pub for social events. Mrs. Cleveland continued to work at the QEII through the birth of her three children working mostly night shifts using the “banking” system for sick and holiday time. By the age of 35 she left the QEII and began working for a variety of GP practices in Welwyn, Hatfield and Welwyn Garden City. She retired in 2001 while working at Peartree Surgery. Mrs. Cleveland now lives in Lemsford and really enjoys the benefits that Welwyn Garden City and Lemsford can offer to the community.