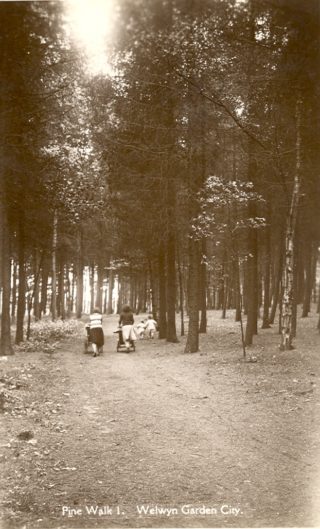 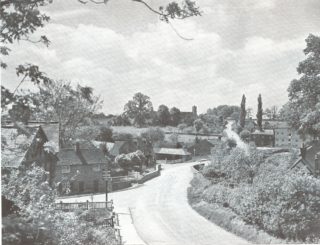 A sea of mud

The early residential roads were constructed with a mixture of flintstone and gravel, from the local pits, but without any tarmac surface, they were a sea of mud after rain. A man walking down Handside Lane, near our house, came across a bowler hat lying in the road. When he went to pick it up, he was amazed to find a man’s head under it! Definitely apocryphal, but it was a good story. I don’t remember the problem being so bad, but I was probably too young. It is very difficult to remember events that occurred over 80 years ago, although I do have a number of impressions of the Garden City and the countryside around, but not many detailed memories of my friends and our social life.

A gang of us children used to go to Sherrards Wood for our play area and also to mix together, so that we all got the childish complaints like German measles, whooping cough, mumps etc. and as a result, had no problems as an adult. There were two brothers, Bonsall, who lived along the Valley Road, and I met one of them when I was in hospital during the war. My cousin, Jim Hall, lived with his parents at No. 33 Valley Road before moving to Meadow Green, and the Reiss family lived nearby in No. 51 Brockswood Lane, along the side of the golf course. As more roads became surfaced, I was able to roller skate on the quiet roads of the residential areas, where previously we had run with iron hoops. The only problem was falling over and scraping our knees. This meant the dreaded treatment with iodine – ouch! Both these events were considered rather ‘non-U’ by my mother, but we enjoyed ourselves as children do! As we grew older, cycling round the countryside, with very little motor traffic, was a pleasure. I used to visit most of the local villages: Lemsford, Stanborough, Hatfield Hyde, Ayot Green, Ayot St Peter and BrocketPark. But I was too young to enter the various public houses in the area.

I remember someone called Fitzwater Ray (aka ‘Kuklos’), who contributed a column to The Daily Express newspaper. He was a local cycling enthusiast and advised me where to buy a special lightweight cape and trousers, when I was planning to cycle to the Lake District for a holiday with friends from school. The shop was in south London, and on the way home by train, I left them in the train and had to go back next day to fetch another set. I remember my mother was not very pleased to have to pay twice for them!