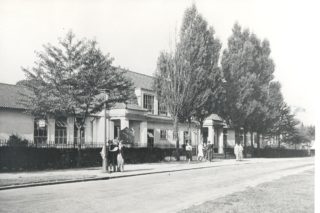 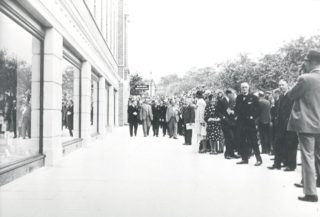 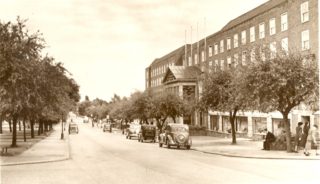 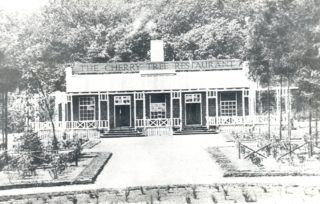 A year or two after our arrival in the Garden City, probably when I was aged 16, I went to the local council (state) school, the first part of which opened in January 1923. It was in walking distance from our house off Handside Lane, now replaced by a new building in Applecroft Road. I can recall coming home one day, with a few superficial wounds, after a fight with the butcher’s son. I don’t remember what the row was about, but I am sure my mother wasn’t very pleased to see me! I don’t remember anything else about the school, except that the classrooms had large folding glass doors, so that in the summer they could be opened to make an open-air school. The first headmaster was a Mr. R. Pinsent, but I don’t recall the names of any other members of staff.

One of the delights for us children were the street vendors: hurdy-gurdy/barrel-organ men; rag and bone and old iron men; French onion and ice cream men. The original hurdy-gurdy was a stringed musical instrument, and nothing to do with the barrel or piano organ, although it was also cranked by a handle. The barrel organ used to be pushed around the streets in London and other cities, and I remember in Welwyn they often had a small monkey on the lid tethered by a cord and wearing a scarlet jacket, and would sometimes do a little dance on the piano. Rag and bone men were just like the TV programme Steptoe and Son, and the old iron man used to call out ‘any old iron, any old iron, any old iron today’. The Walls ice cream man was most popular in the summer months with his cry of ??Walls ice cream, stop me and buy one’. Water ices were one old penny, cream ices two pence and choc ices were out of my league! Near to Christmas, there would be a man with a charcoal brazier, outside the store in town, roasting chestnuts, with a small bag costing as few pence.

The only shop in town was the Welwyn Department Store, founded in 1921 and sales in the first week of £208! It was managed by Cyril Golding, who later left to become manager of a large department store: Whiteway and Laidlaw, in Calcutta, India. One year, when he came on leave, he visited us and brought presents for the family. My present was a miniature copy of the Koran, the size of a postage stamp, in a silver case, with a tiny magnifying glass in front for reading the small print. Unfortunately, it was stolen from my parents house just after the war, when I had my possessions stored there and was working in Africa. I was very sad to lose it, although I couldn’t read the Arabic script, despite learning a little from my Munshi in India. When the local postal service started, Cyril Golding was appointed sub-postmaster.

I have a rather macabre memory concerning the Welwyn Stores, related to visits with my mother to the bacon counter, where she would give her order for the thickness of the slices by the number on a list next to the machine. I used to watch fascinated, as the assistant set the mechanism and then began turning the handle while I watched the razor sharp blade revolving, and wondering if anybody had ever had a finger severed! Probably due to the nursery story abut ‘Suckathumb’, who lost his thumb. It was a story my mother used to read at bedtime, of which I was fascinated. Nasty boy!

The only licensed public house/restaurant was The Cherry Tree, built in 1921 and rebuilt in 1932, in front of the Luton branch railway line, by which I went to school at Harpenden. It became a local meeting place, and my parents used to go there for a drink and to socialise with friends. My sister and I were left to play outside on the large veranda. Nothing Changes! The annual New Year dinner and dance and other social events were held at the restaurant, as it was the only place with sufficiently large room for social gatherings.