You are here: Home>Topics>Wartime>WWII>From Vienna to WGC on the Kindertransport

From Vienna to WGC on the Kindertransport 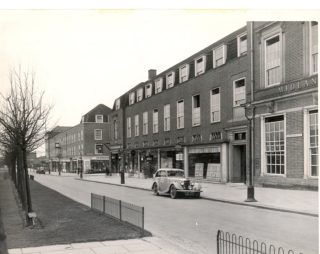 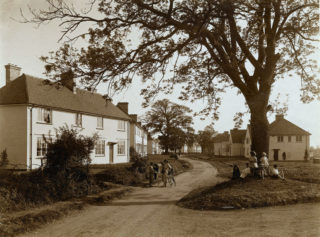 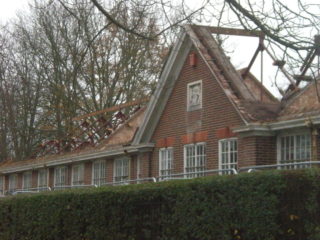 Vienna was voted, by UK residents, the most beautiful capital city in Europe. It had lovely parks and beautiful buildings, Gerda was brought up in Vienna. Although her mother was from a wealthy family, her parents had divorced when she was just four and she and her mother lived high up in a block of flats with little money.

Her mother worked six days a week as an accountant and when Gerda got home from school a lady in the flats gave her lunch, for pay, and looked after her.

Age 9, Gerda took the exam for the gymnasium (grammar school), which she went to at 10 years of age. The lady who looked after her after school liked very much to play cards so Gerda didn’t get too much homework done.

In December 1938 when Gerda was 13 there was a knock on the classroom door one Friday. The school secretary came in and Gerda was startled to hear her name mentioned. The teacher called her name and feeling very scared Gerda had to go and see the headmaster.

She followed the school secretary to the Headmasters study and when she entered she was extremely surprised to see her mother there, as her mother was always workings. The headmaster said go back to your classroom and collect all your belongings as you are going to England soon.

Hitler had taken over Austria in March 1938. Gerda’s father and his family were all Roman Catholic and her mother’s family had been quite wealthy with an estate in Austria. Although Gerda herself was not at risk her mother’s family had bought the estate with money from Jewish lenders and the Jewish connection was enough to put her mother in danger. To get papers to move to the UK one had to be under 60 and have somewhere to live. It was hoped that once Gerda moved to the UK her mother would be able to follow. Gerda could have stayed safely in Vienna with her father.

Gerda left school on the Friday and found that her transfer had been arranged by the Society of Friends, the Quakers. On the Tuesday she went to the Society of Friends house in Vienna for a medical check. They needed to see that she was fit and able to travel, with no diseases and so was medically examined. In the queue at the Quakers her mother encouraged her to talk to a girl who was also going to travel. Gerda stayed in touch with this girl subsequently.

On the Wednesday, Gerda said a formal farewell with her father. On the Thursday she went back to the Society of Friends to collect her travel papers. She had a number on cardboard on a string around her neck. She was allowed to take one suitcase and one Austrian schilling.

On the Friday the case was packed and the train was a to leave at midnight on Saturday. It was a two hour walk to Vienna West Station so she set off at 10 pm to walk with her mother and her grandmother.

Gerda knew how dangerous it was in Austria as on the first day of the Anschluss Jews had been made to scrub the streets and there was a general awareness of what was going on.

Gerda’s grandmother also had very little money as she had been widowed early. She could not afford gas or electricity and cooked occasionally on a camping stove. Nonetheless at that time everyone went to Viennese cafes for coffee where they were treated like royalty. There were different cafes that were frequented by different professions and a glass of water was always provided with the coffee.

On the night of travel they passed an open cake shop and her mother let her choose anything she liked. At the station there were lots of people but no lights at all as they were trying to keep the event quiet from the Nazis. Everyone spoke in whispers and a lady from the Quakers took her papers and her suitcase. After embracing her mother and grandmother Gerda got on the train and tried to see them through the window but couldn’t see anyone outside. Within five minutes the train had set off and the children went to sleep almost immediately as it was after midnight then. There was a four-year-old boy on the train alone who was crying at the start but even he fell asleep quickly.

When Gerda woke up it was light outside and the lady from the Quakers said that they were in Holland. It has been a requirement at school to have swastika sewn on one’s coat and Gerda picked it off and threw it onto the track. They had paper cups of cocoa and a roll on the train where they stayed for the whole day. Overnight they travelled on a boat from the hook of Holland to Harwich. Arriving in Harwich in December it was extremely cold and they had to sleep in beach huts.

Each child was given a stamped addressed post card to send home and Gerda’s said that the food was very strange as the puddings wobbled. They had been given jelly and blancmange. The next morning they were given porridge made in the Scottish manner with salt for breakfast with no sugar. Coming from Austria where people liked sweet cakes and whipped cream this was hard to stomach.

They stayed at the camp in Harwich for about a week with a big hall to eat in. It was not a bad time as there was singing and some games. After a week they were moved to another camp further south again in beach huts staying for about a week again. A group of about 12 of them were told that they were going to a family and was sent to Liverpool Street station to be collected. Everyone was collected except Gerda and one other girl. The three Quaker ladies who were supervising things didn’t know what to do with them as they didn’t want them to take them back to the camp. Eventually one lady who  lived in Welwyn Garden City offered to take them back with her. However she only really had space for one person.

In Howardsgate at that time there was a music shop called Rumbelows. The owner, Sid Rumbelow, was newly married but nonetheless his wife agreed to take in Gerda. She stayed there for about a year living in Handside Lane. The other girl was living in Elmwood. When Gerda left the Rumbelows she had no permanent accommodation anywhere.

The good news was that her mother had found a place to live and work and arrived in the UK at the end of July 1939. Gerda was taken to Liverpool Street to meet her mother 8 months after she left Vienna. Her mother was smartly dressed and sitting alone at Liverpool Street. A place had been found in Buntingford helping a man with a paralysed wife. Gerda returned to Welwyn Garden City and her mother went up to Stevenage to meet her new employer who had carried his wife to the car for the journey. He bough Gerda’s mother and his wife ice cream cornet and she remembers that her mother was very happy at that. Her mother stayed there for 14 years.

When the employer dies there were a goat, three chickens a dog and two cats to be rehomed and Gerda took in the cats as she was then living in a flat.

Her mother was then homeless and managed to get a maisonette in Harlow where they could both live.

Whilst living in Welwyn Garden City Gerda went to a convent school in Parkway. All the girls had to answer to their name by saying “present mother.” Gerda found this very difficult as she couldn’t pronounce the letters TH. Initially she was very scared of the nuns but in fact they were very good to the pupils. However when the payments for the school was stopped, presumably by the Quakers, she had to leave at about 15. Her mother was asked if she could pay the fees but her salary was much too low.

Gerda was often called upon by various people to babysit at that time but never ever received pocket money for the services.

In Harlow and Sawbridgeworth she met Stan. As a 17-year-old he had been in the Polish underground. Stan spent the last two years of the war as a prisoner of war and he came to the UK in 1946.

Stan had very little money but was keen to study and worked in a sausage factory at night so that he could study in the daytime. As a result he obtained a very good job.

Stan and Gerda married in 1959 and have two children, A daughter in France and a son in Essex. They have five grandchildren.

To find out more about Welwyn Garden City’s Quakers involvement in the evacuation efforts in Europe, HALs holds the Richard L. Reiss Archive. Acc 5933, Box 16 holds letters from parents writing to R L Reiss pleading him to take there children to England, with one letter underlining “The danger is here” and “Please get them out!”.