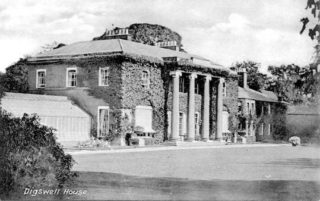 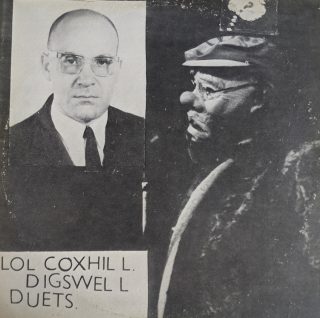 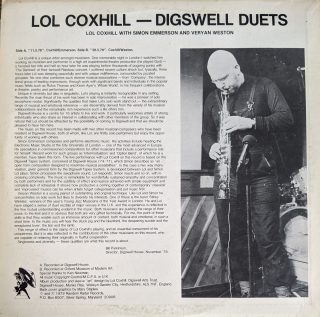 John Walmsley was the resident photographer at Digswell House during the 1970’s. During his time at the Trust, John ran courses for local people to come in and try their hand at photography and the processing of film. He stayed at Digswell for around four years before marrying an American girl and settling in Biggleswade.

This article was  based on an interview conducted by Darren Harte with John as part of the Welwyn Garden City centenary project by Hertfordshire Archives & Local Studies.

Thinking back, John speaks to how he believed Digswell to have been an extraordinary success given the limited funds it had to operate.

At the time of his’s residency, Digswell House was owned by the Digswell Art Trust and was  funded through Arts Council grants, as well as occasional contributions from fellows and others. The Scottish Arts Council was one such financier: The SAC offered a grant for an artist to go work in the Wester Hale Education Centre, a new purpose-built modern school on the outskirts of Edinburgh. John mentions that he and another Digswell fellow Trisha, a weaver, both applied, with John being successful. Whilst he does recall the project being a very productive venture, he vividly remembers the bitter cold in the winter. Although he was not unused to the cold given how he mentions Digswell House’s lack of central heating and draughty rooms!

Despite Arts Council grants, life at Digswell was always rather hand to mouth.

“I remember at one point because I was a photographer, I was always looking at equipment that was for sale and found this really good quality enlarger, so I bought it then I sold it and I think we made a 100 quid, you know that in those days was a reasonable amount of money.”

Many other artists called Digswell House home at the time of John’s residency.

Another name John remembers was Lol Coxhill, residing at Digswell House with his son and daughter making frequent visits.  Lol collaborated with pianist Veryan Weston to record an LP called Digswell Duets. He also recalls the composer of the LP record, Simon Emerson, living at Digswell and playing all sort of instruments in the House.

But by far the most renowned fellow was the ceramicist Liz Fritsch. Internationally known, her pottery sells for thousands of pounds “I mean they’re brilliant” John remarks. Liz had been to the Royal College of Music, then attended the Royal College of Art before becoming a fellow at Digswell House. Whilst at the Trust, Liz was “not exactly a figurehead” but someone to have Digswell House noticed in the arts community. As a resident, Liz lived with her son Bertie who John use to photograph for a variety of schoolbooks he was producing.

Reminiscing about life at Digswell, John spoke about an unusual event that occurred one evening whilst he and Trisha sat in the storeroom.

“One winter were sitting there and there was this sort of noise I’d never heard anything like it coming from the fireplace and all of a sudden this pigeon landed in the flames…so one of us reached in and got this thing out and we took off to the vet…It was just like one of those noir films you know, something coming out of the fire at you.”

Describing his experience at Digswell House, John believes it to have been a one off.

“To have a place like that where you could live and work and be surrounded by other likeminded people was wonderful”.

Photos taken by John at Digswell House can be found HERE.

Interviewed by Darren Harte in 2020.