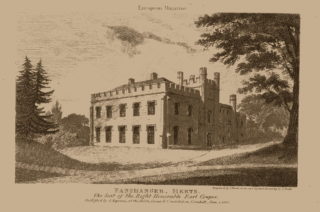 Panshanger House, since demolished by fire, and home of the Desborough family in Hertfordshire
Hertfordshire Archives and Local Studies 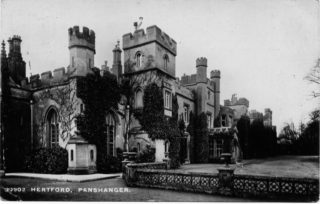 Postcard of Panshanger House, undated, in all its glory
Andy Tye

Much of the land that now comprises Welwyn Garden City was part of Lord Desborough’s Panshanger Estate.

It included the five farms of Upper and Lower Handside, Brickwall, Digswell Lodge and Digswell Water – some 3,300 acres in total.

When Lord Desborough, from his home at Panshanger House, found out that Ebenezer Howard had purchased his land as the site for a future Garden City he was far from pleased. Neither were his wealthly land-owning chums.

He was, therefore, very reluctant to sell more land to the east of the town, which delayed its development for many years, and later he wrote to Sir Theodore Chambers, Chairman of the  WGC Company, in an attempt to buy back the part of the estate earmarked for industrial development, fearing the area would be turned into a ‘smog-filled city’. He was turned down by Chambers.

He would later move away from the area but during the war he did give a parcel of his land at Panshanger to create a dummy airfield to entice enemy bombers away from Hatfield.

The house was demolished in 1953