James Reeve - one of the Murphy Designers 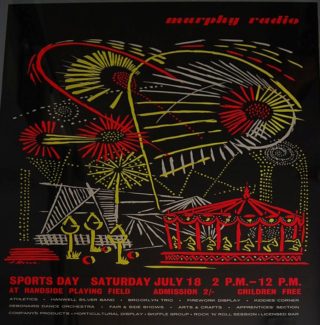 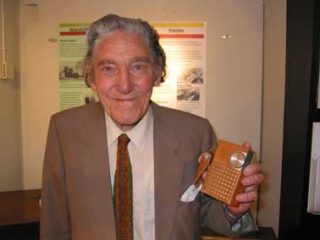 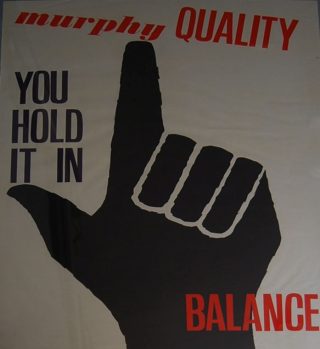 When James Reeve, began work with Murphy Radio in 1940, at the age of 15, the company was already established, having been founded in 1929.

The company’s early set designs and publicity materials were very simple and appeared only in trade papers. However, by the mid 1930’s the company was becoming more high profile and its adverts could be seen in mainstream publications like the Radio Times. Whilst similar companies focussed on the engineering prowess of their products and blinded people with technical detail, Murphy Radio took a different tack. Frank Murphy became the focus of their adverts. Pictured smoking a pipe, he became a nationally recognised figure known for his “no-nonsense reliability.”  In set design, things were also changing. R.D. (Gordon) Russell joined the design team and cabinet design, became more integrated into the company’s production process.

During the War, Murphy’s played a significant role in the war effort, designing and building sets for British forces to use. When Reeve joined the company he rose quickly through the ranks working in the general office, before serving an apprenticeship to become one of the company’s draughtsmen. He later went on to become one of its leading designers. James was not called up for active military service, as his role designing receivers and equipment such as bomb release mechanisms, qualified him as having a “reserved occupation.”

After the War, Murphy’s used its military experience to design and build sets for naval use, as well as producing products for the growing post-war market. Reeve’s new job working in the cabinet design department brought him into contact with many of the company’s famous designers including Eden Minns, Jesse Collins, David Ogle (Ogle Design).and Fred Steerwood. At this time he began designing technical components including tuning scales and gramophone pick-up heads. In 1953, he produced his first completed radio set design (the A218). In the same year he won the competition to design the front cover of Welwyn Garden City’s Coronation events programme. Between 1953 and 1964 Reeve designed many of the front covers for the Murphy News, which were dispatched to reach dealer networks on the 15th of every month.

Between 1955 and 1960, he designed all the Murphy Radio Sports Day posters and programmes. When the company’s design unit moved to Bessemer Road in 1959, Reeve became the company’s main cabinet designer, producing stylish and innovative designs for a huge range of products including baffle console radios, record players, pocket-sized transistor radios, television sets and the only tape recorder ever made by Murphy (the TR1). These products all featured in special editions of Murphy News. He also produced a series of posters to encourage the Murphy Radio workforce to maintain high quality and efficiency standards, for which he received considerable praise from Design (the Journal of the Council of Industrial Design). He was also responsible for designing many of the company’s promotional display stands.  When the firm’s design team moved to new offices in Potters Bar, Reeve was given the task of designing all the new drawing office equipment and furniture.

Reeve continued to work in cabinet and graphic design for Murphy until 1970, when he left to work for Sasmats, a typeface design company in Hertford. He worked there for two years, but continued to work as a freelance designer for Murphy’s. From 1972 until his retirement, he worked as a graphic designer for Smith Kline & French, also in Welwyn Garden City. He sadly passed away in 2009.

Part of the Murphy design exhibition which featured at Mill Green Museum in 2009.