You are here: Home>People>Richard L Reiss 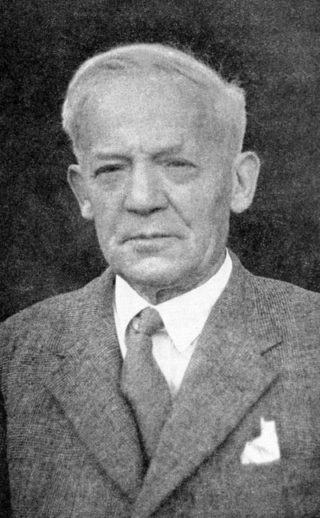 One of Welwyn Garden City’s founding fathers, Richard Reiss’s influence and contribution to the growth and success of the town is often overlooked, but his influence was huge and with his wife Celia, he worked tirelessly, at home and abroad, promoting the new town movement.  With Celia, he founded the Health Association, which established health care in WGC, was responsible for setting up the boys’ club at Peartree and helping countless families of refugees fleeing war-torn Europe in the late 1930s. This part of his work is remembered in the Reiss Memorial Gardens, at the junction of Russellcroft Road and Parkway, just across from the Coronation Fountain. And all this was done while carrying out his role as Labour MP for Colchester.

Richard and Celia Reiss moved to WGC in 1922, in a house they had built at 51 Brockswood Lane. Richard had been active in the New Towns Movement from the end of the First World War, and was  working for the fledgling Garden City Company on the day in 1919, when Ebenezer Howard rang him to say that he had just discovered that a large chuck of land in the middle of Hertfordshire was coming up for auction, and he wanted Reiss to get on a train for Hatfield immediately, to view it.

Richard’s son, Dick Reiss, who grew up in the town and came back to live here again after retiring, remembers life in Welwyn Garden City in the early 1920s. “The first few years were wonderful for us children. There was the excitement of a new house being built, space to play, woods to roam in, trees to climb and other children to do it with. “Although I do not remember the founding  of  the Garden City, (I was nearly six years old when we moved here) I learnt that we were in at the birth of a New Town. A great team of expert, idealists, directors and workmen were going to build the ideal planned city. My father, who always seemed to be in the centre of leading everything took me round with him.

“Everything had to be started from new. Here was a deep well for pumping water, here clay was being dug and bricks shaped and cooked in kilns. There were sidings built to serve great new factories, here were the huts where the workmen lived, where brains thought, clerks administered, people worshipped, and here was a shed called “Bank” where you could get money. “I learnt that my father was intensely concerned that human relationships should be kindlier, that people should play cricket and be fair to each other, that everyone should have the necessary facilities to be more sociable. He was a Socialist and I wanted to be a Socialist too. That was why my father and his friends were building a new town. It was great fun and the light railway carrying bricks to different parts of the town was a joy.

Dick Reiss continues his recollections by regretting his father’s absences to Colchester at election times, but continues, “My impression is that in Welwyn Garden City party politics did not enter his work at all. He was entirely devoid of party feeling when working for the town”. Richard Reiss was a prime mover in a wide variety of activities. He was treasurer of the Health Association which organised child welfare and district nursing services. As well as building a nursery school, he was active as a member of the Educational Association and took a special interest in the founding of Peartree Boys’ Club. He formed the Cricket Club on the land which the Reiss’s house overlooks.

In 1948 Fred Osborn presented Richard Reiss with the Howard Memorial Medal for his significant role in the New Town Movement. In his speech he said: “One of the less realised facts about Welwyn Garden City, and one of the things that had been most important for its contribution to the practice of town development, has been that some of the ablest and strongest of a very strong promoting group have lived in the town all through and taken an active part in its life. This was not in a spirit of missionary welfare or patronising benevolence. They were joining in creating a society for themselves and their own families as well as for their fellow citizens – a new and better society – and they succeeded. In that Richard Reiss played a unique part. As a director of the company he was a factor in development policy – housing, economic development and finance. As a citizen he was a leader in the health organisation, in the education organisation, and especially in the extremely run Boys’ Clubs, which I think are his special love.”

Richard Reiss continued to take part in all the town activities but he was advised to avoid excessive strain to his heart and obliged to resign the Vice-Chairmanship and finally his seat on the Board in 1955. He died on 20 September 1959 in the 50th year of his marriage.