You are here: Home>People>Rowena Merchant 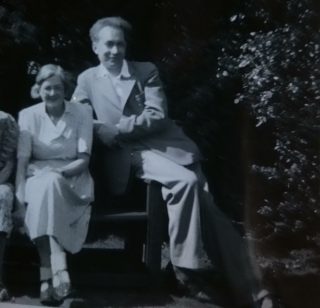 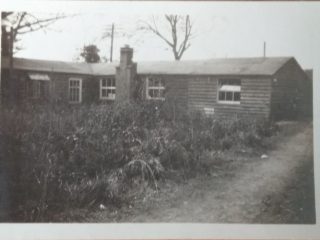 The Library Huts on Bridge Road 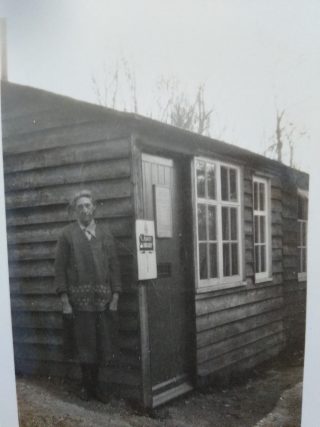 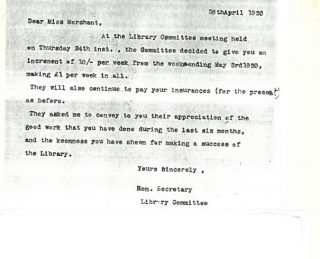 Letter to Rowena Merchant giving her a pay rise

She was employed as Assistant Librarian in November 1929 after previously being a volunteer. She worked with Mrs Bonney.

Rowena was born in 1909 and lived on Bridge Road in the late 1920s. She met my Grandad, Lionel Richards in the library as he was an avid reader and book collector. He had moved to Welwyn Garden City with his mother and brothers in the mid-1930s from Liverpool. Rowena and Lionel moved to Paignton in 1941 where he was required to do forestry word during the war.

I have located several documents in the archives that show the appreciation of her work, including a pay rise letter and a newspaper article wishing her well as she moved away.

I have followed in my Granny’s footsteps and am also a chartered librarian and have worked in the Welwyn Garden City Campus West Library as an Early Years Librarian.