You are here: Home>People>Sir Frederic Osborn

One of the town's earliest pioneers 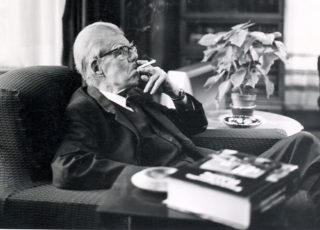 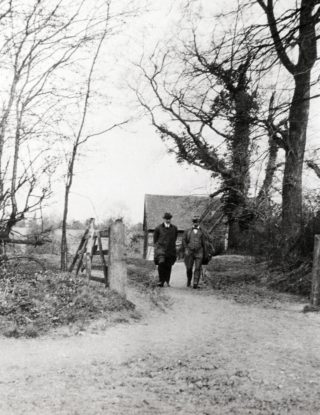 One of the town’s earliest pioneers, he was appointed by Ebenezer Howard as Estates Manager to the new Welwyn Garden City, having worked with him at Letchworth as Housing Manager. In 1919 the two walked over much of the potential WGC site. He was one of the first residents  to move into the town, arriving in January 1921 and set up home at 8 Brockswood Lane. He left Welwyn Garden City Ltd in 1936 for the Town and Country Planning Association to speahead the campaign to turn Garden Cities into the British New Towns movement and so influence the shape of post-war Britain.  He was knighted for his services to Town Planning in 1956 and spent his later years championing Howard’s ideas throughout the world.  He was immensely proud of Welwyn Garden City and often used its success as an exmple in his speeches, writings and broadcasts.  He moved to 16 Guessens Road in 1925 and remained there for the rest of his life.  For many years he was Company Secretary and Estate Manager of the growing town and he was the last survivor of the early pioneers, dying aged 93, in the QEII hospital in November 1978. The school at Panshanger is named after him as is the link road into the town centre Osborn Way.