You are here: Home>People>Barry T: Working for Louis De Soissons

"my first real experience of work" 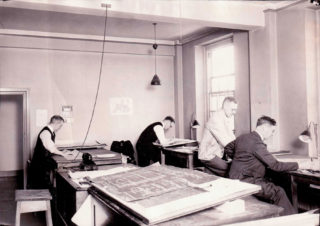 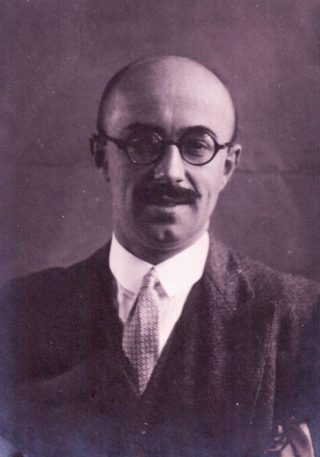 This memory was contributed by Barry T and is part of a longer interview recorded by the Welwyn Garden Heritage Trust in 2010.

“I was born in 1935 in WGC in a street that is still there but the houses have changed  – it was Oak Tree Garth. At that time my father was with the Welwyn Garden City Company as an electrician and he served with them for something like 25 or 30 years I believe.

My grandfather was the foreman at the Welwyn Brickworks having come up from Wales sometime in the 1930s around that sort of period and they lived in Meadow Green in one of the early houses.

My mother was in service in WGC and had been born in Maidstone. Her family down there were a bit split and she took service and she worked in fact for the Soisson the architect for parts of WGC and perhaps that is where I got my connections for architecture. She arranged for my first interview with Louis Soisson and took the job as a junior boy with no experience at all…

My earliest memories of those days was that Handside Lane at the lower end backed on to the farm lands at the back which were part of I believe Attimore – I’m not sure it may not have been Attimore farm but certainly there was a farmhouse in Marsden Road and a small farm and we enjoyed  going out on to the fields and into the countryside directly from there. Whilst we were in Handside Lane, Marsden Road, Springfields and main areas were built up and I do remember quite a lot of building activity but mainly I remember the open fields at the back.

Interestingly I recollect going to a very small hospital in Town Gardens area to have my tonsils out which was quite a frightening affair. I started at Parkway School as a junior and we used to enjoy walking across the fields because a lot of it was not built up to the school and I do recollect one day being caught by the local provost for pinching pea-pods from the allotments which were alongside the Handside playing fields. We always used to cut across there to get to school. The school was in the bottom end of Parkway.