You are here: Home>Places>Housing>Guessens Court 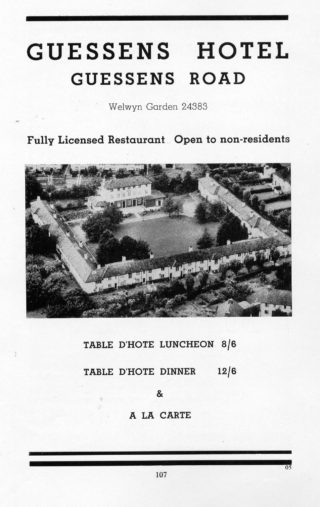 Built around 1925 by the New Towns Trust, this was a co-operative housekeeping scheme of 40 flats on three sides of a quadrangle. On the fourth side there was a three-storey block of communal facilities including restaurant, kitchens  and guest rooms. The project was designed by H C Lander.

The scheme was not a particular success and within a few years some of the court had been converted into a private hotel. Guessens Court is now, I believe, solely sheltered housing.