You are here: Home>Places>Libraries>The Official Opening of the Public Library in Campus West

The Official Opening of the Public Library in Campus West 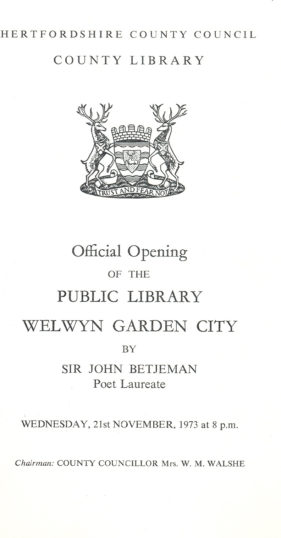 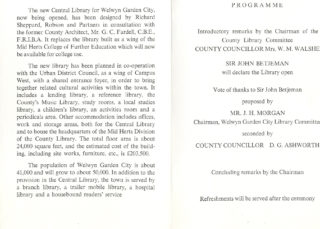 A grand official event was held with invitations sent out by The Chairman and Members of the Hertfordshire County Library Committee.

The Library at Campus West was designed by Richard Sheppard, Robson and Partners in consultation with the County Architect, Mr G C Fardell, CBE, FRIBA. It replaced the library which was built in the 1960s, as a wing of Mid Herts College of Further Education on The Campus, now Oaklands College.