You are here: Home>History of Welwyn Garden City>Where Do You Think You Live?>Hatfield Hyde and Woodhall 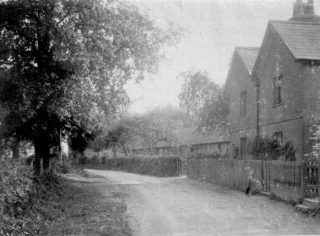 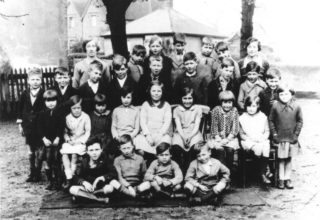 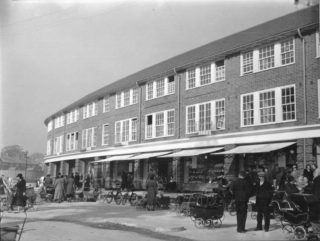 This Memory was recorded by the Welwyn Garden Heritage Trust. The excerpt below and the audio clip are from an interview that took place in August 2009.

After the First World War Kit’s father was looking for work and “came to Welwyn Garden City – well, he went to Stevenage actually and lived with his mother-in-law. And they tried to get work and in the end he cycled from Stevenage to WGC and he got a job helping with the building, and he used to sit in the cabins on the Campus, with the architects and people like that, and on the wet days he used to cycle down to Shredded Wheat and say “Have you got a job? I want to work”.  And eventually they took him on and he became the steam cook at the Shredded Wheat baking!  I used to love going over with his Sunday lunch, when I was a bit older.”

Kit’s parents moved to 5 Sandpit Cottages, Hatfield Hyde “a bungalow – which was lovely. There was no lighting, only coal stove heating, and a boiler for washing clothes – with a fire underneath, a cement brick boiler in the kitchen. And dad used to go down to the pump which just down in between the houses, at 6 o’clock in the morning when he came in off night duty, fill the water buckets up, taken them back to the house, and tip them into the copper, and that was our water for the day.”

She attended Hatfield Hyde Church of England School, St Mary’s “– it was in the grounds of the King George V Playing Fields. A few steps down from the Cenotaph and the dairy on the right hand side. And there used to be a pump there, across the road, and as you can imagine all the children used to pop out there in the hot weather and start pumping the water, and the housewives would come out – “Don’t you dare touch that pump!”.

It was very nice. We had a nice school. The boiler fire – you know, one of those big stoves with the chimney – we were right at the back and of course the teacher was right at the front, so she was lovely and warm and we were frozen! Outside toilets, of course.  And when it rained we borrowed our brothers’ wellies go across to the loo.”

“Then of course the new school was built just off Ludwick Way. Holwell School. And I went there when I was about eight. And I was only there for a few months I suppose, and then I went on to Peartree. So I used to go from Hatfield Hyde to Peartree School, via Woodhall Court. But coming back we used to go out onto the railway line (which was the brickworks railway line) and quite often there was a brickwork truck going back and they would hoist us up onto it and run us back to Woodhall Lane!”