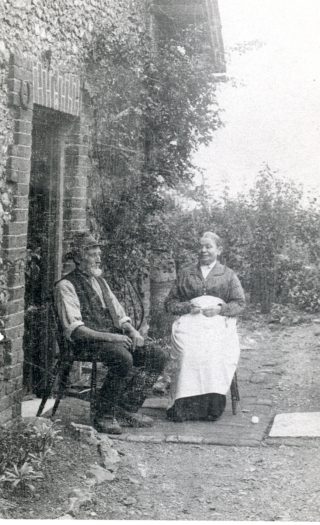 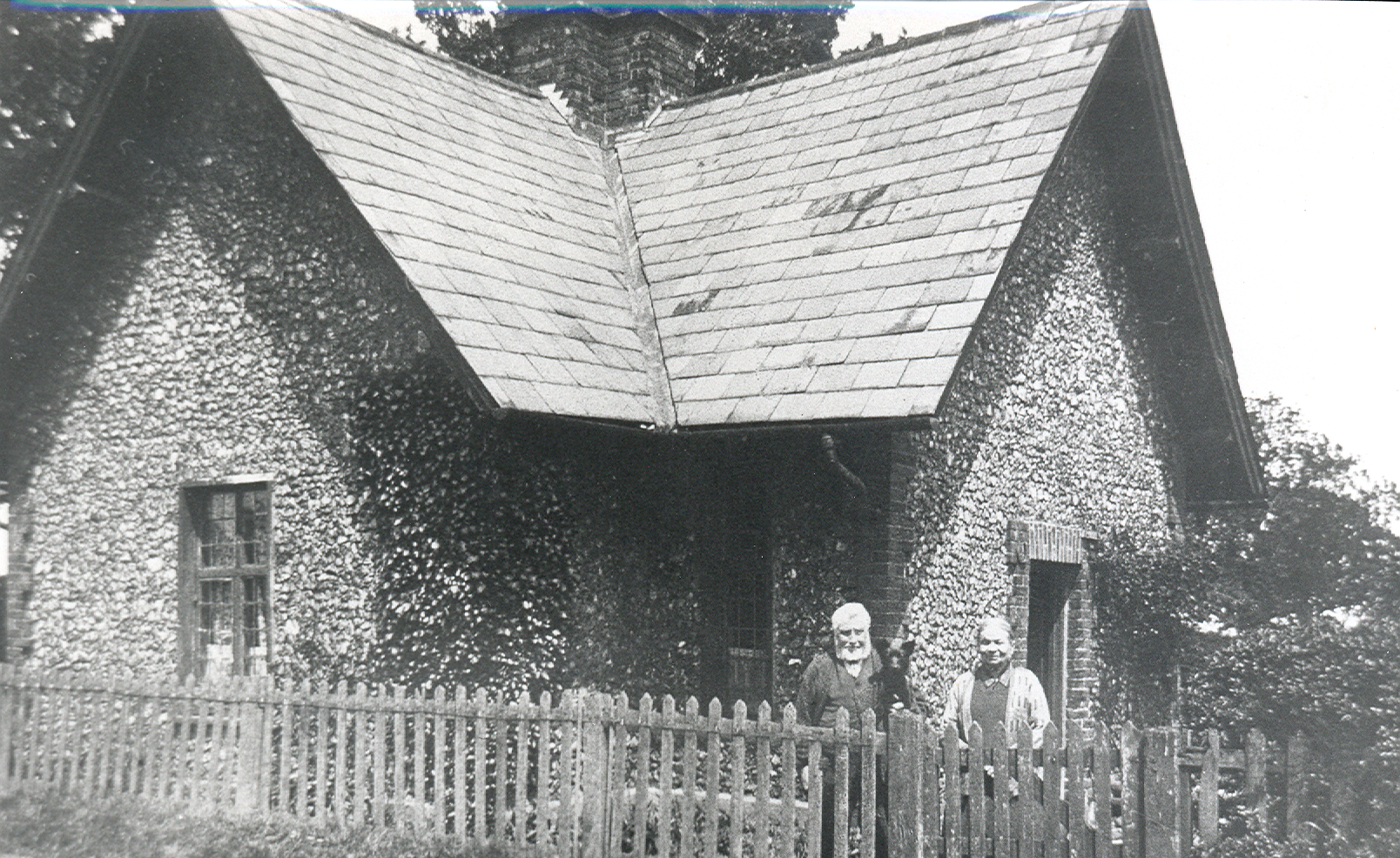 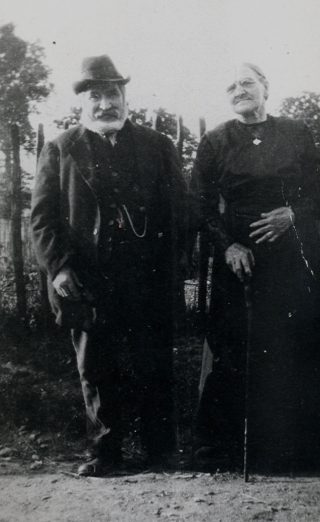 Flint cottage is thought to have been built in the mid 19th century as a farm worker’s cottage, which was attached to the Peartree Farm estate. It would appear to have been sited close to where the Woodhall shops are now.

Lenny and Sarah Cooper lived in Flint Cottage for many years, and can be seen on the photographs looking very proud in their Sunday best. In the first photograph Sarah is busy tatting or crocheting, her white ball of cotton thread on the dusty floor!

In 1938 the cottage was demolished to make way for the new phase of redevelopment around the Woodhall area.

Mr and Mrs Cooper were well known characters in Hatfield Hyde. Has anyone any memories that they can share?