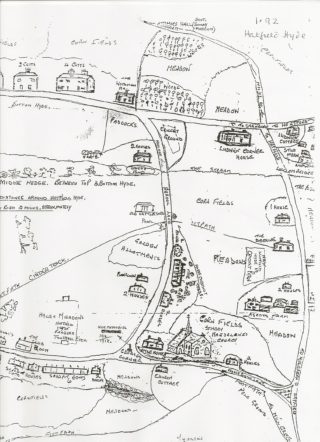 In the days before Welwyn Garden City in the area called Hatfield Hyde, there used to be a Stud Farm. It was situated approximately where Hall Grove and Archers Ride is today and was part of the then Ludwick Hall estate.
It is recorded in the Gleenings paper (see Note) that during WW1, it was a common site in the lanes around Hatfield Hyde to see horses drawing gun limbers as part of their training before being sent to France.

Note: The Gleenings paper is a verbal account from residents who lived in the Hatfield Hyde area before Welwyn Garden City was created, pre 1920.