You are here: Home>History of Welwyn Garden City>Where Do You Think You Live?>Recent Images of the Town>Howard Centre Building Completion 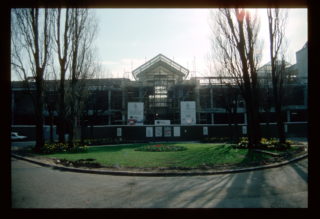 This project took quite a long time to be completed but it was a worthwhile addition to the Garden City. The only downside was the covenant set by Slough Estates, the Howard Centre developers which restricted the Council to developing other retail centres in the area. Since the covenant was broken by retail being allowed in the Galleria at Hatfield, the Welwyn Hatfield Council had to pay damages of £28 million to Slough Estates, a millstone which Council Tax payers have had to bear since.