You are here: Home>Places>Pubs>Chieftain Public House>Death of the Chieftain P.H.

Death of the Chieftain P.H. 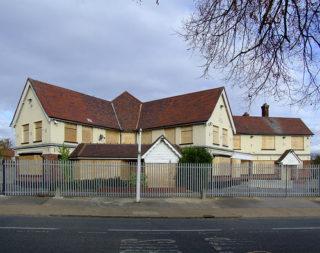 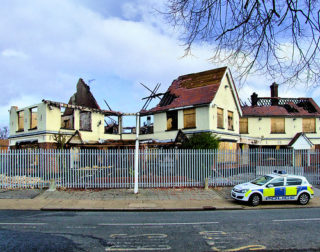 The Chieftain was a most (in)famous pub in Welwyn Garden City. This is the story of its demise and eventual loss to the town.

So another landmark of Welwyn Garden City will be no more.

The Chieftain pub was a landmark to anyone south of the town. It started life as The Woodman, then became The Chieftain, The Ploughman’s Table and back to The Chieftain.

It had a chequered history and under its original name had the worst reputation for trouble. I recall many years ago driving past and having to avoid a door in the middle of the road.

Through the years it gained respectability and over the last few years I often went to watch the Sunday football; it being the only place where the opposing supporters could gather together without a verbal free for all.

In a few weeks it will be gone and in a few months more houses will appear.

Goodbye Chieftain. Soon all that is left will be photos and memories.

On 29 February 2008, the Chieftain pub in Welwyn Garden City burned down.

It had been closed for some months and was the subject of a long term debated demolition order.

However, three planning applications were all refused due to over-development and the plans being inconsistent with the character of the neighbourhood.

Despite the building being boarded up and surrounded by an 8ft high metal fence, the fire started inside the pub.

It has been designated a crime scene.