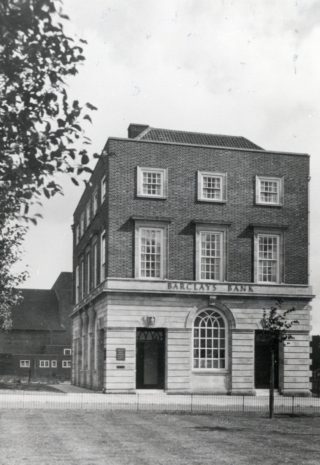 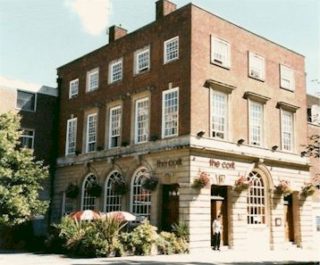 Both Midland (Now HSBC) and Barclays have claimed in the past to have been the first bank in WGC and it does seem that Midland beat Barclays by a few months, mainly, I suspect, as the WGC Company had a large overdraft with Midland at the time to pay for the Lord Desborough purchase in 1920.

They were little more than sheds though and the first purpose-built bank was Barclays in Howardsgate (Now The Cork P.H.), which opened its doors for the first time on 3 June 1929. It was designed by Louis De Soissons and Arthur Kenyon and built by Welwyn Builders. For many years its manager was Mr W Washington.

The building ceased being a bank after the Howard Centre opened in 1991, when the building became a pub, first Hawkins & Co, then The Cork & Cask and now The Cork.