A branch of Welwyn stores 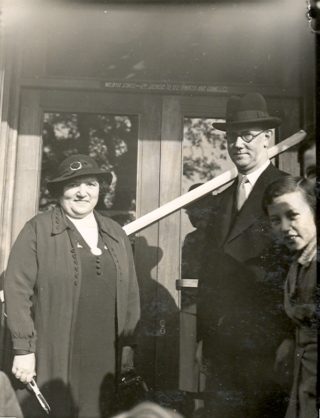 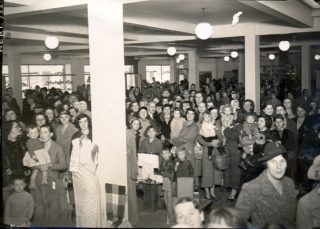 A branch of Welwyn stores, Woodhall opened in October 1938 opposite the community centre. The lady chosen by ballot to cut the ribbon and declare the store open was Mrs Woodward of 9 Gainswood. Mrs Woodward can be seen clutching a pair of sissors ready to cut the ribbon in the photograph. Above the door the sign says, Welwyn Stores Ltd, licensed to sell tobacco and game.

The opening of the store was a huge sucess judging by the number of men, women and children flocking to the day. The number of children in the photo shows how Welwyn Garden City had attracted young families to the area.

Can anyone remember going to the opening of the stores or do you recognise anyone in the photograph?