25 Years in its present building 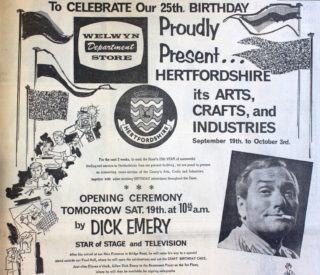 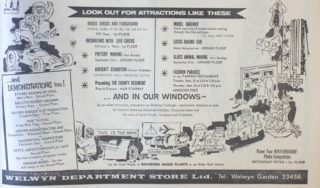 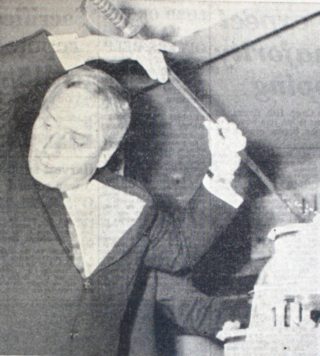 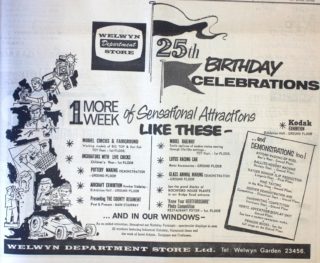 To celebrate its 25th year of successful trading and service to Hertfordshire, Welwyn Department Store ‘presented an interesting cross-section of the County’s Arts, Crafts and Industries together with other exciting BIRTHDAY attractions throughout the store.’

The opening ceremony was to be on Saturday 19th September 1964 at 10.45am and star of stage and television, Dick Emery was to open the celebrations.

Among the attractions for the two weeks of celebartions were:

The County Regiment, past and present main stairway

And, as an added attraction, throughout the birthday fortnight, spectacular displays in over 30 windows featuring Industrial Exhibits, Historical items and work of local Artists, Sculptors and craftsmen.

There were also various demonstrations and competitions.

Dick Emery arrived from Blackpool by private plane, which he piloted himself. He landed at Hatfield Airfield and was driven to Welwyn Garden City by car.

He cut the giant pink Birthday cake using a ceremonial sword, after the first slice was cut he lead the singing of ‘Happy Birthday’

After lunch he piloted his plane back to Blackpool where he was appearing in a show.