The heartbeat of the Garden City 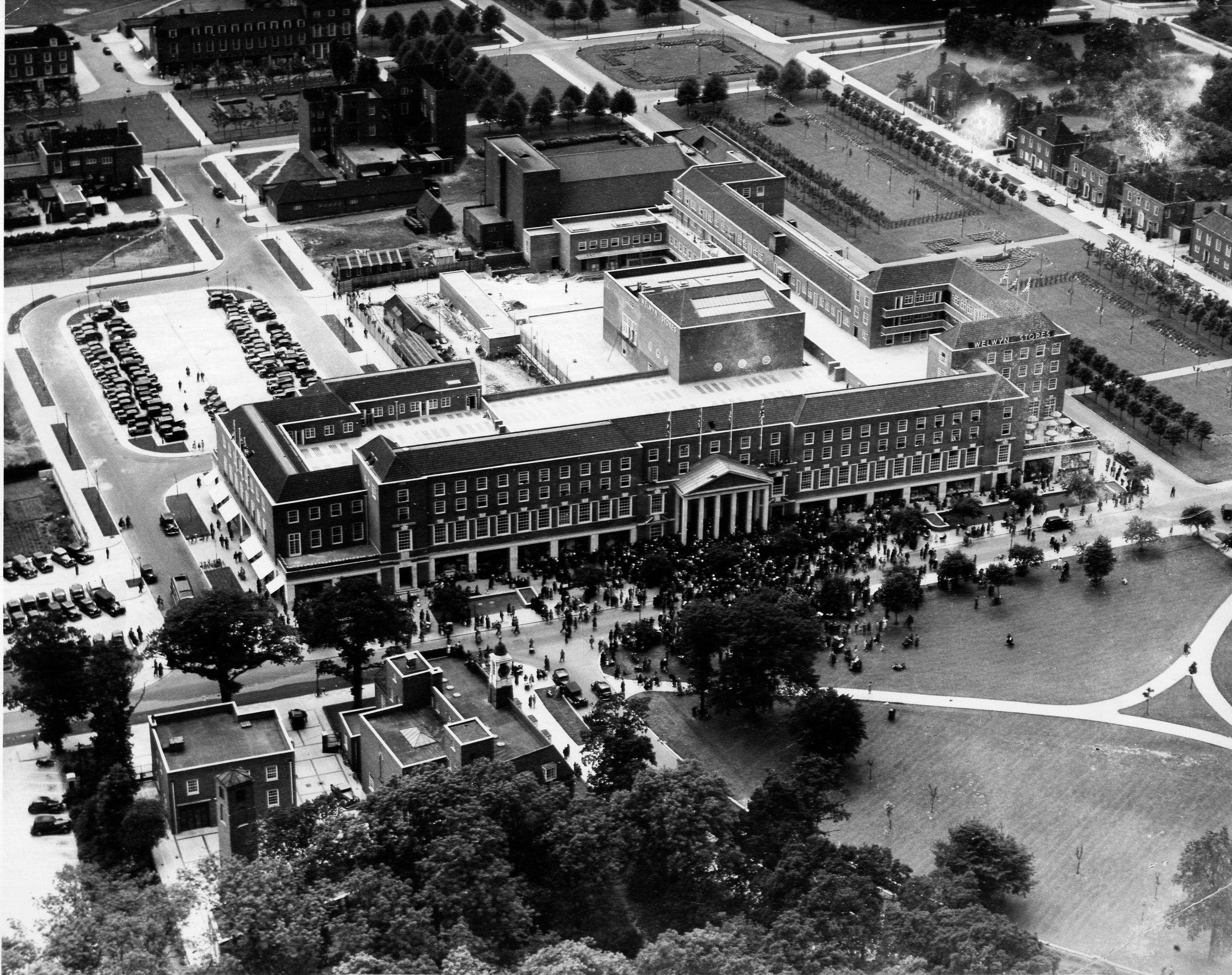 “Just popping down to the Stores”, was a familiar cry around WGC from the stores inception in October 1921 to 1983 when Welwyn Department Stores (Nothing Like Us Anywhere) was sold to John Lewis and become John Lewis Welwyn.
It was the place to go whether you needed a toothbrush, a pot of paint, a sack of coal and its food hall was legendary as ‘the’ place to buy the esoteric and the unusual. For many Garden Citizens it also meant making an effort with your dress. Life long resident, Wendy Rathbone told me: “During the Fifties and Sixties most people would get dressed up to go to the Stores. It was considered the place to be seen.”
There was not much you couldn’t get in WDS. Buy the latest hit single, have your hair cut, book  a holiday and do your washing as you read the latest best seller from the book shop.

The present building opened in September 1939, and was for many years, the biggest department store in the county, with dozens of flats on its roof and its very own car park (which is still in use today by John Lewis).
It replaced a previous Welwyn Stores, which stood on the site of what is now a block of flats, but was for many years Rosanne House. That replaced an earlier Stores that stood where the haberdashery entrance to John Lewis Welwyn is today.

What do you remember about Welwyn Department Stores? Perhaps you worked there. Share your memories by logging on today.