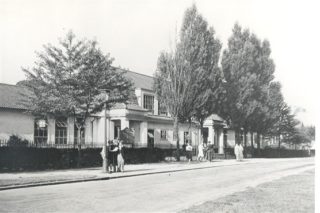 Designed by town architect and planner, Louis De Soissons, Handside, later Applecroft School, was the first permanent county-run seat of learning in WGC and opened in two phases; the first in 1923 and the rest of the school dates from 1927.

Originally called Handside School, it was thought to be very much ‘cutting edge’ at its time of opening. It was light, airy with a quarter of an acre school garden where the children were encouraged to grow their own vegetables and flowers.

The school was re-named Applecroft school in 1953 and in 1986 it amalgamated with Parkway Infants school. A nursery was added in 1999.