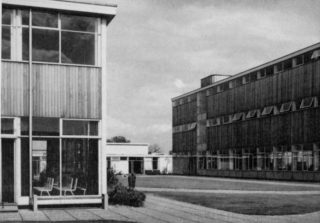 High School, Hern’s Lane was set to provide grammar school education for the new and expanding housing estate on the East and North-West side of Welwyn Garden City. The school site was officially opened in 1958, though the school students were temporarily accommodated at Heronswood School. The headmaster was Mr C. L. V. Gilbey.

The High School remained open until 1968 when it amalgamated with Attimore Hall Secondary Modern School to become Sir Frederic Osborn School on the same site.