The only school to have one headteacher 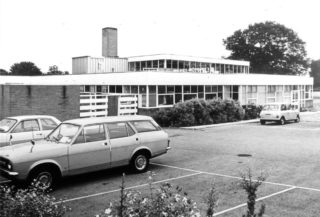 School from the car park
Hertfordshire Archives and Local studies 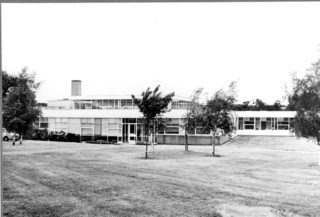 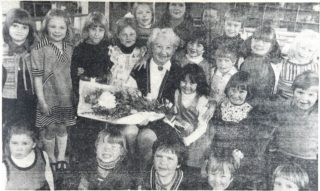 The following article appeared in the Welwyn and Hatfield times on 22 March 1978, page 7:

“Few heads can claim, like Miss Ann Richardson, that they have been in command of a school for its entire life.

Miss Richardson, who was head of Nutfield Infants in WGC when it opened in 1964 with just 33 pupils, retires this week just as the school is about to be amalgamated with Rowans School.

And last week Miss Richardson,who confessed herself very sad to be leaving the school after 14 years, was presented with a carriage clock and a cassette recorder by pupils and parents past and present.

Miss Richardson joined the teaching profession from the Wrens in 1948, after working previously in advertising and insurance.

When she started at Nutfield the school was still unfinished, and she had to go to the builders hut every time she wanted to use the telephone, Miss Richardson said last week.

At the presentation ceremony due to be repeated on Tuesday when the schools teachers were due to say goodbye Miss Richardson said she would have a lot of happy memories of her time at Nutfield.

Miss Richardson said : “I’ve got a lot to look forward to in my retirement, but this is still a sad time.”

The mini in the school carpark was Miss Richardsons car, she always parked in the same spot.

I can remember Miss Richardson, I use to have to go once a week to her room to read to her. I also went back there as a volunteer helper when I reached the sixth form, for half a day a week.

I can remember the school closing and the housing estate going up, as I live on another part of the Haldens Estate.

The final photo is of Miss Richardson on her retirement.