You are here: Home>Topics>Schools and Education>Schools>The Howard Secondary Modern School 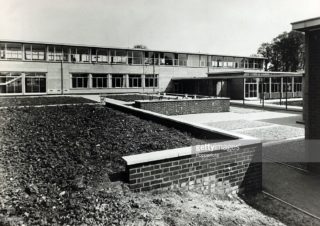 Looking towards the Business and Admin subject classrooms - 1964 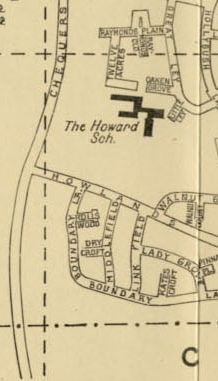 After the Tripartite System came into effect in 1948, the only secondary school in Welwyn Garden City was Handside School.   New estates were being built on the East Side which pushed for a new school, so the Howard Secondary Modern School School was built and opened in 1953 with the new headmaster Clifford Henry George Small, who had moved from Handside School.  The school was situated at the end of Oaken Grove in Hatfield Hyde.

The school site became old and wretched, so the idea came to merge the two secondary schools.  Heronswood School merged with The Howard School in June 1987, and Heronswood School’s site was facilitated for housing purposes and the Howard School became Sir John Newsom(e) School re-decorating and extending the school massively to house all the pupils. Sir John Newsom School closed on 31 August 1998.