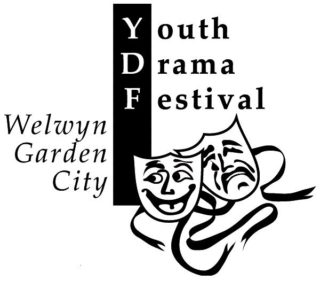 In February 1944 – a few months before D-Day – a Youth Conference was held in Welwyn Garden City where it was decided to form a local Youth Committee to co-ordinate youth activities and plan for post-war developments.

The first event sponsored by the new Youth Committee was a Youth Drama Festival, held at Woodhall Community Centre in May 1944. A local resident adjudicated, but no awards were made as it was non-competitive. The Festival cost £14.16s.6d to run and made a handsome profit of £19.0s.2d! This encouraged the Committee to commission a silver cup, hand crafted by a local silversmith at a cost of £9, to be awarded for the best performance in 1945 and subsequent festivals.

In 1946 the Festival was held in St Francis Hall and the following year at the Barn Theatre (which at that time had been recently refitted after its war-time use as an army salvage depot) where it has been held ever since.

In 1949, the Festival was divided into two sections, Senior and Junior, and for the first time a non-local professional Adjudicator was employed, this became the pattern for all later years. Since 1962 when the Youth Committee was disbanded, a smaller committee has continued to organise the annual Youth Drama Festival, some thousands of young actors having participated coming from Hertfordshire, Bedfordshire, Cambridgeshire, London and elsewhere.

The Junior Section is for those aged 15 and under, and the Senior Section for those aged under 22. All performers must be amateurs. Entries may consist of a one act play, or an extract from a longer play, lasting between 20 and 50 minutes. The Festival is judged by an independent Adjudicator, who comments on the plays at the end of each evening.

The Festival receives no grants or subsidies, and depends on audience support (through the sale of tickets and programmes) to cover its operating costs. The Committee, stage crew and front-of-house staff are all unpaid volunteers on whose dedication the Festival depends on.