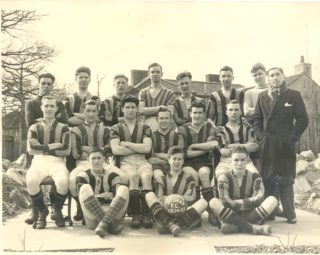 My father and uncle played in this team. My uncle (Jim ‘Ticker’ Bray) was the goalie and my father (Bob Bray) is in the middle row, second from left.