Opening of the Welwyn Theatre 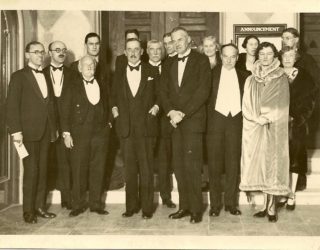 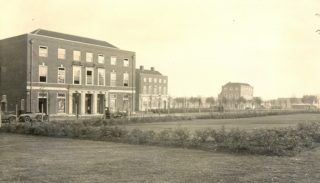 On the 27th January 1928 the Welwyn Theatre was opened with a presentation of the film Ben Hur. Preceeding the showing was a reception hosted by Sir Theodore Chambers (Chairman of the Board of Welwyn Garden City Ltd ) with a dinner after the show at the Cherry Tree Restaurant.

At the time, the population of Welwyn Garden City was around 6,000 and the new theatre had seating for 1,200 – a courageous thing to build.

The theatre was demolished in 1984.

The picture showing some of the opening evening attendees was taken in the foyer of the Theatre. Those in the picture are: