A little bit of Hollywood comes to WGC 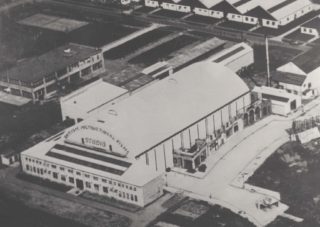 The film studios in Broadwater Road opened in 1928. Reports from newspapers of the time noted the development as the ‘last word in studio design and construction’. The studios produced over 80 features until its closure in 1952- most notably 1947 film Brighton Rock starring Richard Attenborough.

It was not unusual for the extras to repair to the Cherry Tree, between takes, to take some refreshment. During the making of the  World War One drama, I Was A Spy, the whole restaurant was taken over by actors wearing German uniforms.