Some Characters From The Early Days

The Sargeant Commissionaire and Mr G

The Sargeant Commissionaire and Mr G 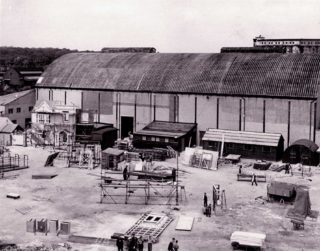 This Memory was donated by Eric A and is part of a longer interview recorded by the Welwyn Garden Heritage Trust in 2009 – another exert appears under the title “Woodhall Athletic Football Team”. Click here to go to that page.

Eric’s father brought the family to Welwyn Garden City because he was a film director/producer. He worked at Elstree Studios in Borehamwood and it was Eric himself who ended up working at Welwyn Film Studios as a runner until the studios, which originally shot silent films, were closed whilst the stages were converted for sound. Eric worked for Murphy Radio during this period then returned to the studios when they re-opened. His father and brother David went into doing make-up, establishing the Eyelure company which Eric joined after the War.

In the audio clip on this page Eric recalls a couple of colourful characters in the town.