A little bit of the Garden City lost forever 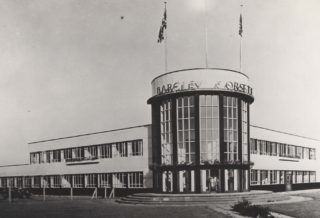 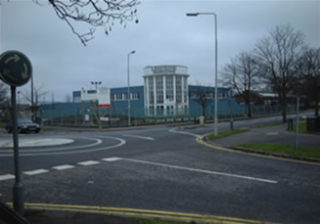 Established in WGC in June 1927, Barcley Corsets, or more properly Barcley Foundations, moved to its very stylish home in Bridge Road East in 1939. It made bespoke underwear for “discerning customers” and ready-to-wear foundation garments. Most Garden Citizens considered their headquarters a very important and imposing building with its very distinctive central rotunda.

During the 1990s the building closed and lay empty for quite a while, Then, in 1998,  it was purchased by a local company, Lineside Engineering. Most people concerned about the building thought that Lineside might restore it, but they made some staggeringly inappropriate changes with metal cladding and UPVC windows in the rotunda part.

Lineside had to sell the building after over-extending themselves and it was sold on to the Diamond Land Rover group, who felt that the present structure was not appropriate for their needs and wanted a new building. Despite a lot of lobbying from various pressure groups in and around the town to the council to protect the building, by then much of its character had been ruined and it was pulled down, I think, in 2001.

Follow this link to hear audio recordings from some who worked at Barcley Corsets.

Did you ever work at Barcley Corsets? Were you there when it closed down? Perhaps you were a customer. Why not log in and share your memories with us.