You are here: Home>Topics>The Workplace>Manufacturing>"The Salon" and Tom Heron of Cresta Silks

"The Salon" and Tom Heron of Cresta Silks

The most wonderful clothes 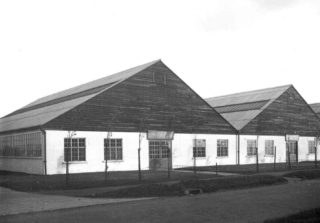 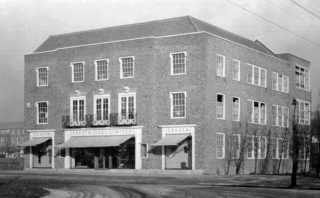 The two memories here are excepts from an interview that was recorded by the Welwyn Garden Heritage Trust in August 2009. The audio clip recalls residents who met together as a discussion group, known as ‘The Salon’.

Althea’s parents came to Welwyn Garden City came here in 1934, from Corsica, moving into Melbourne Court. They came to the town partly because of the film studio – her mother having worked there previously.

“What I would like to say is that there were some very remarkable people here. One was the Heron family. Tom Heron came from Cornwall, and opened up a wonderful dress business called Cresta Silks. They were based originally in a building in Broadwater Road and subsequently they had a building (which still exists as part of another building) right by the Howard Centre in Welwyn Garden City. And Tom Heron had a very original idea with his staff, in that they moved around from job to job so that they never got bored. The seamstresses weren’t always doing hems, or cutting out, or whatever they did.

The most wonderful clothes were made. And Tom Heron had this feeling for silk. And I do remember being in his office with the bolts of silk, and he would touch them, and say this one is a very fine silk, and so on. He was very great friends with our people and our mother, who was extraordinarily beautiful with blonde hair and blue eyes, but had no clothes. Our step-father had some cotton trousers that he used to wear in Corsica, and a striped vest, and I think mother wore a cloak she’d got, and a few things, and Tom Heron said one day “I would love you to come to Cresta Silks and choose three outfits”. And she chose a green tweed suit, and a blue and navy silk ‘afternoon’ dress, and the most glorious evening dress in silk velvet – midnight blue with a slight train and a bare back! This was 1930s – very practical! But absolutely gorgeous.

Then he offered a job (because Lang was on the dole and queued up at the dole office here with a duke, or a lord, or somebody, didn’t he? …. all sorts – very high class people, you might say. But Tom Heron asked him if he would like to work at Cresta Silks and do the publicity. So Langdon (as we called him) was delighted. He said it wasn’t quite his field, but he would do that.  And Tom Heron said “Are you proud?”, and Langdon said “I don’t think so”. And Langdon was a very eminent man, actually, or had been. He was just down on his uppers for various reasons and Tom said “would you mind if I gave you a suit to wear?” So Langdon had one of Tom Heron’s suits!  So that was Tom Heron – a tremendous socialist.”