Where I Found Everything 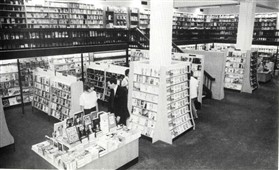 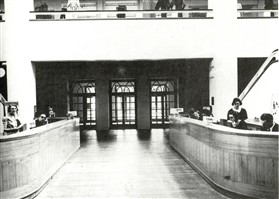 Main entrance doors of Welwyn Stores, with the Orders & Enquiries desk and the Theatre+Travel booking desks on the left and right. 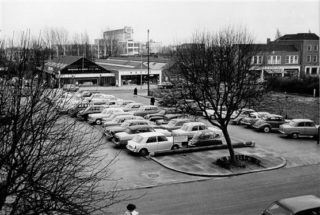 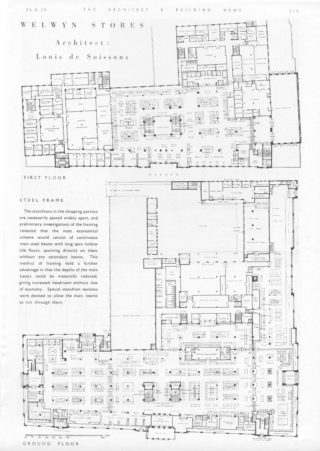 Throughout my school life, my Mum worked at Welwyn Department Stores as an Accountant in the Despatch Department. In my last year of grammar school (1958), she left the Stores. We had a 1939 Ford Prefect tourer, which Mum used to drive her and Dad to work in. Dad worked at Murphy Radios. She had a little green parking permit which permitted her to park free of charge on Welwyn Department Stores premises, and used to park in the back yard out the way. Before starting work, she’d give her permit to the Wireless Controllers.

We always used to do our shopping on a Saturday at Welwyn Department Stores, and it was heaven! My parents had a very good plan once I’d turned 11 years old – I was given a list of things to buy with the departments where they are: the grocery, butchery, confectionary and office departments. My parents would go off to buy the extra things, me often bumping into my mum in the confectionary department. She loved her sweets & treats!   Before I turned 11, I used to go round with Mum & Dad which did get very depressing plus tiring.

Where Dickinson Motors and Munts used to be is where the multi storey car park was built and opened in December 1973, but the Welwyn Stores car park is still in use by John Lewis. Whenever Uncle Teddy came to visit by the train, we used to pick him up and he insisted we stop at Welwyn Stores. They used to sell car parts which he bought to help build his own taxis and coaches, I think they were in the Hardware Department but I’m not so sure. The Stores car park cost you 4d for one hour, 6d for two hours and 8d for maximum three hours and every car parking space had a little parking meter in front of it because pay machines didn’t exist then. We weren’t that modernized in the 50s and 60s than what we are now.

Mum’s little green parking permit came with a small circular key which we used to insert into the parking meter wherever we parked – I used to love catching it as it popped backwards up the parking meter and then took it out and gave it to Mum. We could park for the maximum time with that parking key, and we used to do it for others when they had no money. We were all so kind in those days! My dad always used the little permit, he kept quiet about it and loved the fact it saved so much money for us.