You are here: Home>Topics>Transport>Hertford-Dunstable Railway line

Built to transport waste from the capital 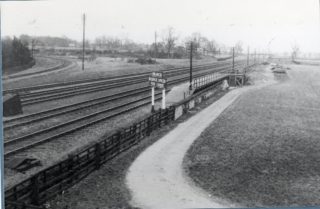 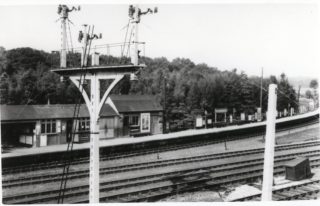 Running from Hertford in the East to Dunstable in the west this branch line was already well-established before Welwyn Garden City came along. Built originally to transport waste from the capital to a dump near Dunstable, the branch line offered a well-established time table for goods and passengers.

All change at Hatfield

It had to cross the main GNER line running from Kings Cross and to travel from one end to another meant a change in Hatfield. The line west cut off just north of where the present railway station at Welwyn Garden is today, looped around the Campus, before heading through Sherrardspark woods towards Ayot.

It was on this loop that the first WGC railway halt was established in 1921, though the halt had been in use during the First World War for shipping timber to the front lines in France. From the halt early Garden Citizens would travel to Hatfield and then change on to the main line into London.  By May 1922 there were 25 trains a day and sidings and a goods yard were developed
After Welwyn Garden City station opened in September 1926, the halt was no longer used. The last passenger train to Hertford North ran in June 1951, though a goods service continued until the mid-1960s.