You are here: Home>Topics>Wartime>WWI>German POWs in WW1

German POWs in Sherrardswood during WW1 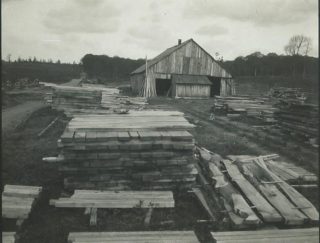 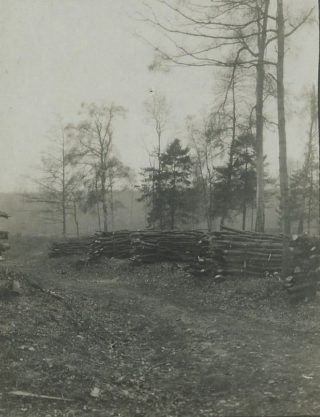 When commemorating the First World War we should also remember that many thousands of German prisoners were confined in Britain, some here in our local area. By 1919 there were over 50 large POW camps located throughout the country with the central camp for the British Army’s Eastern Command area located at Pattishall in Northamptonshire.

In 1916 the War office decided to allow some prisoners to work outside the camps, mainly in agriculture and forestry. This was partly to keep the prisoners occupied but also to ease the shortage of manpower on the farms. Indeed the harvests of grain and potatoes might not have been possible in 1917 without German labour, as so many farm workers had been conscripted. Pattishall became the parent camp to over 160 such work camps, with over 14,500 men.

One of Pattishall’s work camps was established in Panshanger Park, employing the prisoners mainly to cut timber on the Panshanger and Brocket Estates, particularly in Sherrardswood. Records show that in 1916 167 men were housed in the camp, a number which most probably grew as the war progressed and more Germans were taken prisoner. When the camp was first opened the water supply was pumped up from the river Mimram. A retired German industrial chemist, who had become a British citizen in the 1880’s, is known to have provided the prisoners with a piano for their recreation hut.

In 1917 halt platforms were erected on both the Hertford and the Luton and Dunstable branch railway lines immediately to the north of Hunters Bridge, to transport the prisoners and possibly the cut timber from nearby Sherrardswood. The halt on the Luton line became Welwyn Garden City’s first railway station in the summer of 1920.

As the peace Treaty of Versailles was not signed until June 1919, which delayed the repatriation of POWs, the German prisoners were still working in Sherrardswood when Howard arrived here in May. However they must have left soon after as the camp itself was sold off in August 1919. An article in the Hertfordshire Mercury lists the items sold which included 18 sleeping huts, an officers’ hut, a medical hut, canteen and a kitchen and bathroom.

After the war the newly formed Welwyn Garden City Company bought the sawmills in Sherrardswood, together with their machinery a large stock of timber and some remaining trees, so wood cut by German soldiers played a part in the construction of our town.