You are here: Home>Topics>Wartime>WWI>Memorials>Digswell>Australians Commemorated in Digswell

Australian Officers who died in WW1 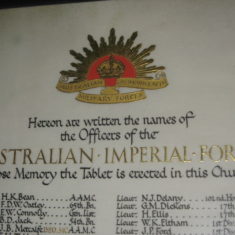 The Tablet in Memory
Robert Gill 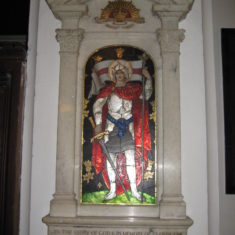 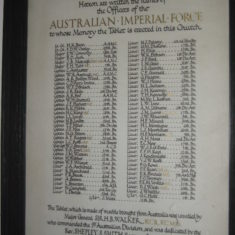 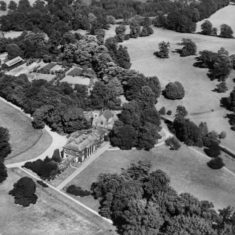 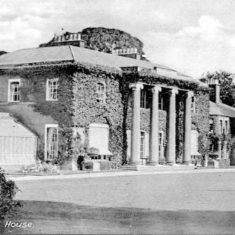 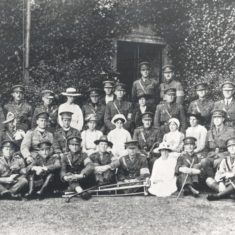 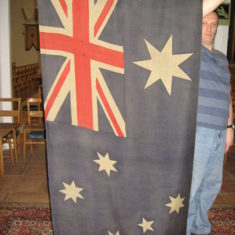 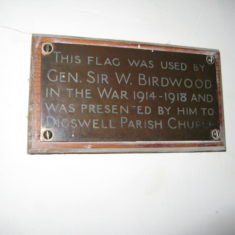 During World War One, many Australian officers who were injured in France were brought to Digswell House which was in use as a hospital. Following their recovery and a period of convalescence, they were sent back to the front, some 73 of whom were subsequently killed.    Their names are commemorated on a marble tablet inside St John’s Church, Digswell. Digswell House and St John’s Church, Digswell are to the north of present day Welwyn Garden City.

The names on the Memory Tablet:

Major-General Sir H-B. Walker, who served with the Mediterranean Expeditionary Force; from 1914 to 1918, and with the British Expeditionary Force in France, un-veiled yesterday a marble tablet erected by Australians in the parish church of Digswell, Hertfordshire, to the memory of 73 Australian officers who were patients in hospital there, and who afterwards died on active service.

St John’s Church has an Australian Flag which was presented by General Sir W Birdwood. A Plaque commemorates this event.