You are here: Home>Topics>Wartime>WWII>Bomb on residential area 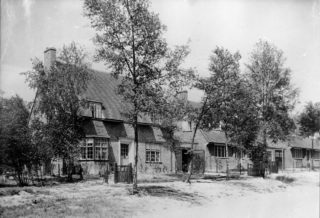 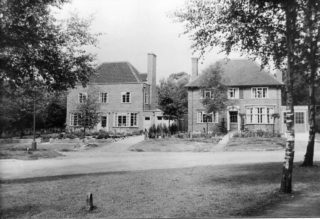 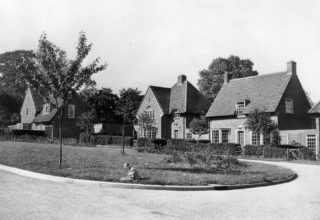 The following article appeared in the Welwyn Times of 3 October 1940 on page one:

Three adults and a seven-month old baby were killed when a high explosive bomb demolished a house and razed another almost to the ground in a town in South-England. Two children were injured and a number of residents in the neighbourhood had remarkable escapes.

Mrs Winifred Elsie Fulton, who was sleeping in a bedroom in a house a short distance away was killed by falling debris which pierced the roof.

Mr and Mrs N Martin and their adopted son Derek, aged five, who were sleeping in a downstairs room, had miraculous escapes from injury. The wall of the room was blown away and they were able to crawl through the debris and outside to safety. Their seven month old baby, David Graig Martin, who was sleeping under the stairs, was killed. Mr and Mrs Martin were badly shaken and Mrs Martin was taken to hospital. Mr Martin received treatment at an A.R.P. post.

Debris was thrown for a considerable distance, and tiles and windows of other houses in the vicinity were broken and shattered.

The A.R.P. services were quickly brought into action. Mrs Lowe, whose house was also badly damaged, described their work to a Welwyn Times representative as “simply magnificent.” “They arrived in a few minutes.” she said. “and they worked like trojans.”

Mrs Lowe was awakened by the noise of a plane, got the children downstairs and was then thrown on her knees by the force of the explosion. Her husband was engaged on A.R.P. duty at the time.

Another resident, who lives at the rear of the house which was demolished, told how his little boy, Anthony, aged three, had a remarkable escape when a hole was blown in the roof near where he was sleeping. Anthony’s only comment when his parents went to him was, “Where’s my orange.”

This resident said he was asleep when he heard the explosion and the noise of a house collapsing. He and his wife got the children downstairs safely. One side of the house and a shed were damaged. A window was blown in and several holes were pierced in the ceiling.

One piece of the bomb crashed through the roof some distance away, but the occupants escaped without injury.

Handicapped as they were by fallen debris the A.R.P. demolision, rescue and repair squads worked with great speed and efficiency. Residents paid many tributes to their prompt action. The coolness of the residents in the neighbourhood and the courage with which they faced up to the situation were beyond praise.”

As it mentioned at the start of the article ” a town in South-East England” as places were not allowed to be mentioned in newspapers during the war. We can now, through the advance of technology, find the address where these bombs actually hit.

The Commonwealth War Graves Commission ensures that 1.7 million people who died in the two world wars will never be forgotten.

The Commonwealth War Graves Commission owes its existence to the vision and determination of one man – Sir Fabian Ware. At 45 he was too old to fight but he became the commander of a mobile unit of the British Red Cross.

Saddened by the sheer number of casualties, he felt driven to find a way to ensure the final resting places of the dead would not be lost forever. Under his leadership, his unit began recording and caring for all the graves they could find.

By 1915, their work was given official recognition by the War Office and incorporated into the British Army as the Graves Registration Commission. Keen that the spirit of imperial cooperation evident in the war was reflected in the work of his organisation and encouraged by the Prince of Wales, he submitted a memorandum to the Imperial War Conference. In May 1917, the Imperial War Graves Commission was established by Royal Charter, with the Prince serving as President and Ware as Vice-Chairman.

The Commission’s work began in earnest after the Armistice. Once land for cemeteries and memorials had been guaranteed, the enormous task of recording the details of the dead began. By 1918, some 587,000 graves had been identified and a further 559,000 casualties were registered as having no known grave.

The Second World War was different in that it was global. The increased use of air power meant that the casualties were no longer restricted to military personnel. Extending the commissions remit at the request of Winston Churchill, the commission created a roll of honour that commemorated the 67,000 civilians who died as a result of enemy action during the Second World War.

There is much information to be found on the War Graves Commission site for the Civilian dead, the casualties mentioned in the article appear as follows:

Son of Norman and Hannah Martin, of 39 Longcroft Lane. Died at 20 Mandeville Rise.

At Hertfordshire Archives and Local Studies there is an index to bomb damage in Hertfordshire under reference Off Acc 364, which lists where the damage happened and whether there are any casualties. This had also been added to the Hertfordshire Names Online website.

Funeral of Mr and Mrs Gordon

The article for the funeral appeared in the Welwyn Times on 10 October 1940 page 4:

The funeral of Mr and Mrs Gordon took place recently. A guard of honour was supplied by a detachment of the Home Guard, of which body Mr Gordon had been an active member, and full military honours were accorded to the deceased.

The church was filled to capacity with relatives, business and personal friends and brother members of the Home Guard, a tribute to the popularity of Mr and Mrs Gordon. The simple but impressive service closed with the singing of Abide with Me.