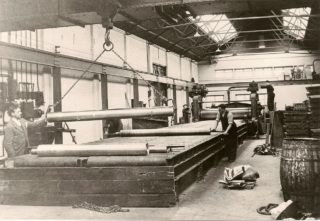 Original rolling mill in use since 1932
BLM 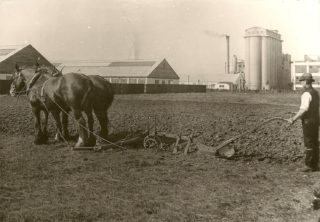 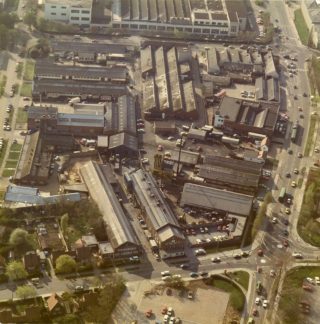 Aerial view of BLM taken in the 1970s
BLM 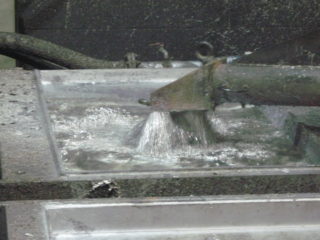 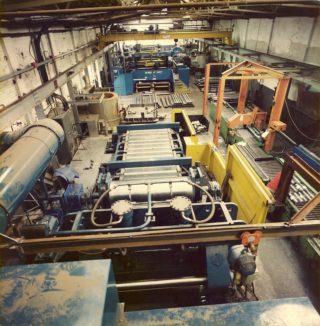 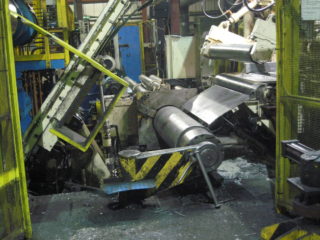 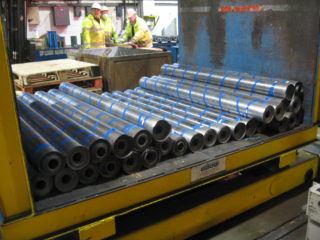 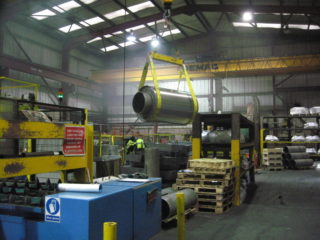 Another roll of lead on its way to a customer.
Robert Gill 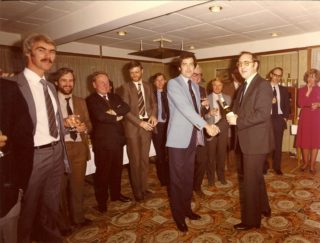 A reception but who are those present and why?
BLM 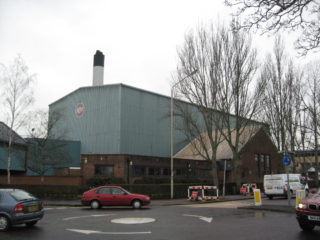 British Lead Mills was one of the first large companies to become established in Welwyn Garden City. It is a heavy industry producing lead sheet and other lead products for various applications. Today the main products are still lead sheet and flashings for the UK building trade and significant quantities for export.

British Lead Mills Ltd., was incorporated on 23rd June 1932 and the first formal meeting of the Board of Directors was held on 27th June 1932. That first meeting was mainly concerned with detailed matters of administration, settling articles of association of the company, appointing auditors and setting up banking arrangements. The companies’ registered office was established in London but an important element of this meeting was to examine a draft agreement between Welwyn Commercial Buildings Ltd. and British Lead Mills Ltd. for the lease of a property in Welwyn Garden City. It was resolved that this be approved and the Welwyn Garden City plant was constructed on a plot of land at the corner of Bridge Road East and Peartree  Lane being fully operational by 1933. A rolling mill was purchased from Brightside in Sheffield, Yorkshire at a cost of £6,578 and is still in use in 2012 after 80 years operation.

In December 1932 the company was subject to a take-over bid by Associated Lead Manufacturers Ltd. but firmly rejected by the BLM management. This was followed some 4 years later by more offers which were also rejected.

In November 1936 British Lead Mills changed from a private company to a public company quoted on the stock exchange.

Over the years, the company continued to trade successfully manufacturing lead sheet and pipe for various industries. There was some concern in 1937/1938 when imports of lead sheet and pipes from the continent seemed to cause much consternation within the company resulting in representations to the Board of Trade and retaliatory exports.

During the war British Lead Mills factory continued to operate but its activities were very much directed towards the war effort with high production of lead rod for bullet manufacture etc. Due to concerns within the company of being entirely dependent on other lead manufacturers for the supply of the refined product, a proposal was placed before the Board in October 1941 to recover lead from scrap. This was approved with a capital investment of £850.

After the war, business returned to normal with sheet production being geared up to high level with, by the late 40s, demand exceeding supply. This led to a number of changes to the company.

In 1948 British Lead Mills acquired the Firth Company Ltd., a company engaged in the manufacture of steel wire and rope which resulted in a significant growth in the variety of products produced by the new company.

This programme of broad diversification went from strength to strength until in October 1950 the company changed its name to Firth Cleveland Ltd. and (confusingly) the name British Lead Mills Ltd was used to restart a private company solely devoted to lead manufacture again as a wholly owned subsidiary within the new Firth Cleveland Group.

In 1951 an important decision was made to purchase a Morgan Crucible Rotary Furnace so that lead waste arising from melting and refining operations could be recovered. This decision brought the company processes closer to how they operate today (2012), namely refining, smelting, milling and extruding of lead.

In the late 50s and early 60s, Firth Cleveland acquired a number of other lead companies. These were R E Roberts, Brunton & Co., Quirk Barton & Burns and Holman Michell.

In 1972 GKN acquired Firth Cleveland, the lead companies by then being managed by Firland Metals.

In 1977 all the lead companies were acquired by Group Billiton whose lead interests would now comprise:

b)       EGM in Mitcham involved in all aspects of manufacturing and marketing of solder products.

c)       British Lead Mills, R E Roberts, Holman Michell and Girdler Brunton each of which were engaged in similar activities.

An additional rolling mill was procured from Loewy Robertson (they had taken over the original supplier Brightside) in October 1981 at a cost of around £1.5 million.

British Lead Mills celebrates 80 years of continuous lead business having experienced various changes of ownership and organisation. Throughout its successful core business of lead processing and producing lead sheets has been maintained and they are now the largest of their type in the UK and one of the last of the original industries that came to Welwyn Garden City.

All of British Lead Mills processes uses 100% recycled products and creates no pollution. Employment at Welwyn Garden City is around 80 and in 2011, some 25,000 tons of lead products were produced. A significant amount of the output from Welwyn Garden City goes to the French subsidiary.

With thanks to: Joss Campbell, Divisional Director at BLM Welwyn Garden City.